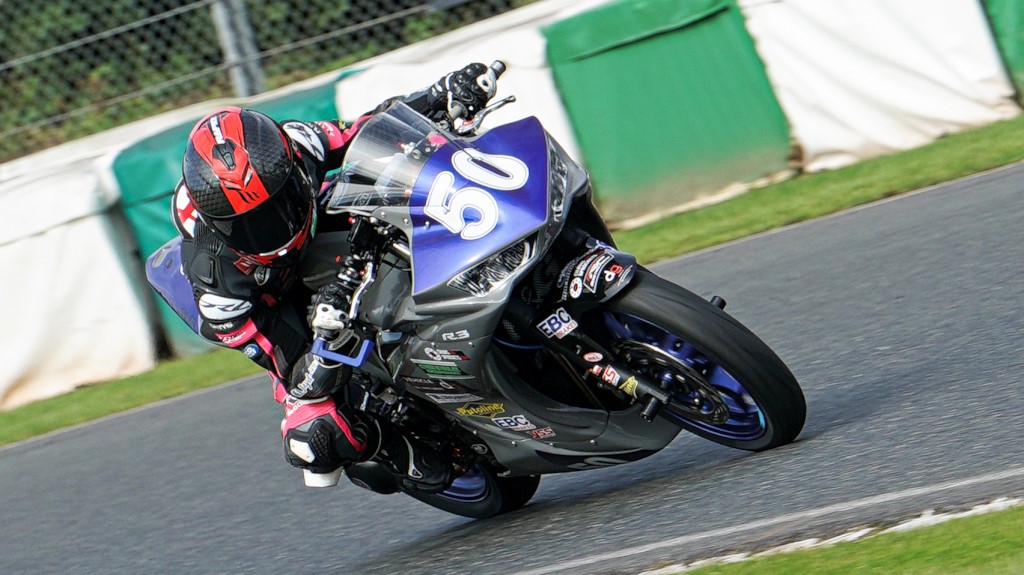 Market Harborough-based SymCirrus Motorsport supports a number of talented motorcycle racers in a range of UK-based series. All of the firm’s riders use EBC Brakes braking products on their motorcycles when competing. The outfit has recently unveiled its 2021 rider line-up, with four big names on its books for another competitive season. More details about each rider can be found below in their own words.

My name is Elliot Pinson. I’m currently riding in the Ducati TriOptions Cup onboard the Ducati V2 Panigale and 2021 will be my second year doing so. I started off racing minimotos in the FAB-Racing Championship and then progressed on to a Mini GP70 where I won the championship in 2015. I then moved on to the Team Green Junior Cup, riding a Ninja 300 in the Bemsee paddock in 2016 and managed to win that as well.

2017 was a big bump in the road for me, it was my first year riding a standard Moto 3 machine at BSB which I was struggling to get to grips with and then at the third round at Oulton Park, I was involved in a start line incident which left me with a broken left leg and ended my season early. I recovered and came back to racing in 2018, where I competed in the Junior SSP class at BSB and finished third overall after missing the first round. I returned to the Junior SSP class in 2019 alongside riding in the British Talent Cup (BTC). I missed the first few rounds of Junior SSP due to my BTC commitments but after I showed strong form at my first race that year, we decided to leave the BTC and focus efforts on the Junior SSP which saw me ending up being crowned champion, with 11 wins from 14 races and missing two rounds.

In 2020, I made a big step up to race the Ducati V2 Panigale from the Ninja 400, I made good progress throughout the season as I learned how to ride the powerful bike and by the end of the season I was running at the front, taking six podiums including two second places. So, that’s my story so far and in the future I hope to continue with my journey and progress onto greater things. EBC have supported me since 2016. The GPFAX brake pads and discs have helped me win two championships and win a number of races.”

My Name is Edmund Best and this year I will be competing in Ducati TriOptions for the second year on board a Ducati V2. I first started riding when I was three, with my inspiration to ride being my late Grampy Ron whose love of motorbikes helped spark mine at an early age. I have been racing motorcycles since I was six years old and am a former six-times British Grasstrack Champion. As I grew older, I found a love for road racing, eventually making the jump full-time to Tarmac in 2015, jumping on board a Moto 3 with team SymCirrus Motorsport.

I really enjoyed my time riding the technical Moto 3s and learnt a lot from riding them that has helped me make the jump to Ducat’s. This year, I would like to build on a strong rookie season and become a consistent challenger for race wins.

Hello, my name is Osian Jones and in 2021 I will be riding with SymCirrus Motorsport in my second year of the British Junior Supersport 400 category. 2020 was my first, and coming into a fresh series I was apprehensive to say the least of what the season had to offer. Early in the year my pace showed as I qualified third in the first qualifying of the year, and later on in the third round I was able to win.

Unfortunately, the next round I suffered a heavy fall at Oulton Park which brought my season to a premature end, however in 2020 many lessons were learnt for myself and the team. In 2019 I was lucky enough to race in the second ever season of the British Talent Cup after being one of the very few selected out of all the applicants. In this series I was able to travel to tracks such as Bruno and Valencia and give my best shot at stepping on the top spot.

With the past two seasons getting better and better I definitely have high ambitions for 2021, but thanks to a good team around me I don’t doubt that 2021 could turn in to something special.

Annabel ‘Abbz’ Thomas is 17 years old and this year is racing in the British Junior Supersport Championship with SymCirrus Racing, on a Kawasaki Ninja 400. Abbz has spent the last three years in BSB classes Motostars, British Talent Cup and the KTM Santander Cup. Before this, she won two British Junior Championships racing in The British Minibike Series. Although Annabel has grown up in the paddock with father running a successful team, she showed no interest until nearly ten years old when she visited a ‘come and try’ day on a minimoto. From then, she was hooked!

Abbz has endured some serious injuries along the way, halting her progress. After finishing top rookie in her debut with the KTM Cup, she took up the challenge of the Motostars Championship on a Honda 250 and began pushing up the front runners, finishing in the top six regularly until at Brands Hatch where she high-sided and snapped both feet. A year later whilst again pushing for those top six finishes, she was involved in a very serious incident at Thruxton with another rider running over her head when she fell, resulting in massive facial injuries.

Incredibly, after a six-hour operation to save her eye and replace the majority of the left side of her face with titanium, she raced just five weeks later at Assen, scoring very respectable eighth and tenth places. Although she has amazed with her strength and determination during the pandemic, she has not been able to complete the surgery to finish her recovery and races without being able to breathe through her nose, as it has collapsed and with no tear duct so she experiences frequent discharge as she’s riding, which is very frustrating to say the least.

Despite this, she is determined to be the best she can, and cannot wait to race without these problems. She believes joining the SymCirrus team is the perfect move for her to step to the next level and push for those podiums and wins. Annabel hasn’t really ever had a rider as an inspiration; she believes in herself. Although she has always been a Rossi fan, and draws a lot from riders in the paddock, she knows and talks too. All of which leads her to her goal of being Britain’s first female champion. First podiums, then wins, then fingers crossed! She cannot wait to get testing her new bike and start working with what she knows is a fantastic team. 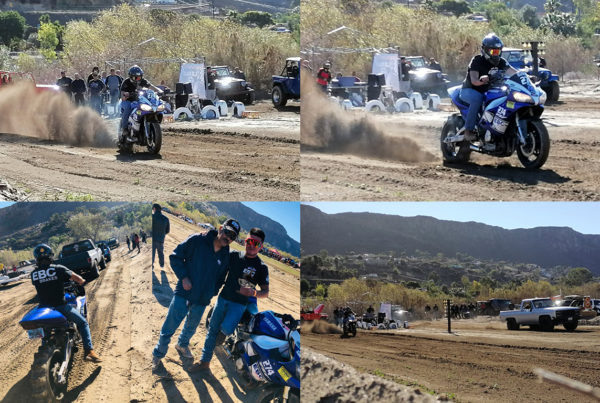 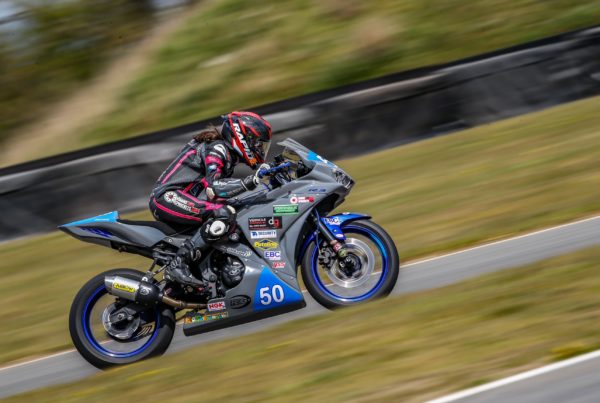 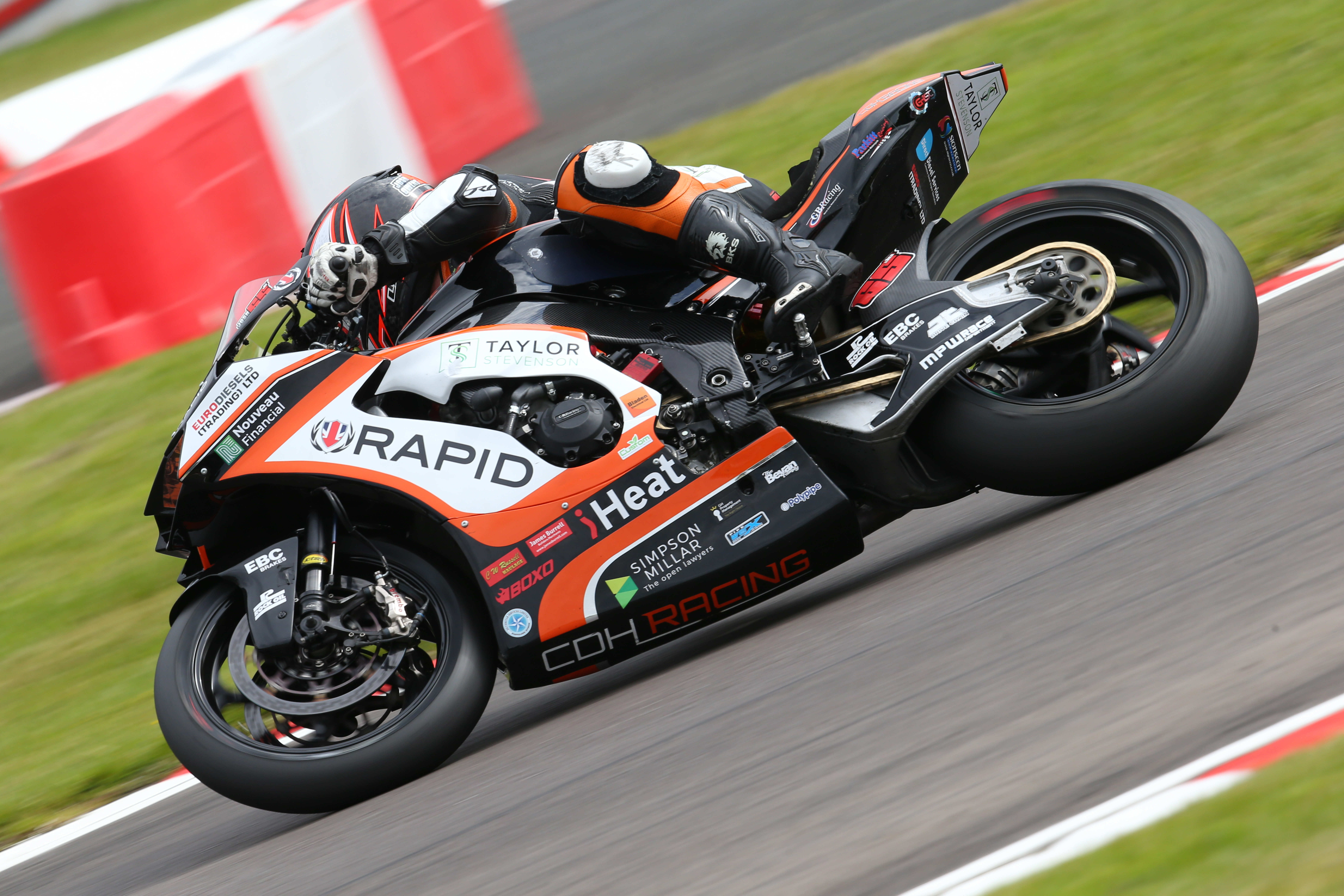