Premium quality EBC car brakes on show at this years Autosport International Show 2013 at the NEC.

EBC Brakes were recently at the Autosport International Show at the NEC in Birmingham that was on from the 10th -13th January.  Manning our stand were our Technical Automotive guys Bob n’ Bart giving out help and technical advise on all manner of quality EBC car brakes.

This year the car disc brakes being showcased included the new High Carbon Blade disc specifically designed for performance driving and including such outstanding features as the use of double high carbon content which helps to improve thermal stability. This also reduces possible heat cracking, thermal brake judder, and brake noise by dampening vibrations. Also on display was the 3GD Sports brake disc which has been specifically designed for braking in all sorts of off road conditions that cope well with water, mud or sand and highly suitable for 4×4 vehicles.  The super silent USR Series slotted disc brake and the ever consistent in quality High Carbon brake disc.

The NEC Autosport International show features every level of Motor Racing  from Formula 1- Karting all under one roof. Also starring at the show was EBC Sponsored racers Dan Lofthouse with his Landrover Freelander offroad Championship car equipped with Bluestuff NDX Formula brake pads. 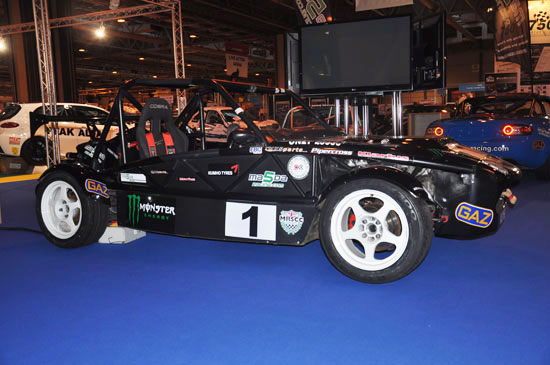 Jonathan Blake of Exocet Racing was also at the exhibition with his MX150R fitted with EBC Yellowstuff brake pads and also on display was Steve Cheetham’s Porche Boxster and Owen Thomas this years Megane Trophy in his Renault equipped with Bluestuff brake pads. 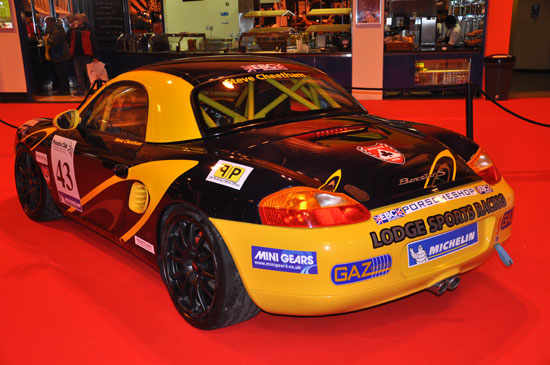 New: High Carbon Brake Discs
New to EBC Brakes is our British made range of High Carbon brake discs. What is the advantage of using High Carbon? Firstly most fast cars are actually BUILT with High Carbon cast Iron discs. This higher carbon material which includes silicon content has a more granular grain structure and is very good at resisting heat distortion and cracking under heavy use and thermal judder.

Redstuff Ceramic – 3000 Series – For Highly Tuned Cars and Fast Street
Redstuff brake pads  are EBC’s flagship street brake pad material for faster prestige cars above 200BHP the 09 version on EBC Redstuff is setting new standards in brake performance. EBC Redstuff is known for its low dust ability but the latest blend has greatly reduced the phenomenon of pad “Pick up” or disc scoring and reduced dust even further.

This website uses cookies to improve your experience while you navigate through the website. Out of these, the cookies that are categorized as necessary are stored on your browser as they are essential for the working of basic functionalities of the website. We also use third-party cookies that help us analyze and understand how you use this website. These cookies will be stored in your browser only with your consent. You also have the option to opt-out of these cookies. But opting out of some of these cookies may affect your browsing experience.
Necessary Always Enabled

Any cookies that may not be particularly necessary for the website to function and is used specifically to collect user personal data via analytics, ads, other embedded contents are termed as non-necessary cookies. It is mandatory to procure user consent prior to running these cookies on your website.

Oops! We could not locate your form.