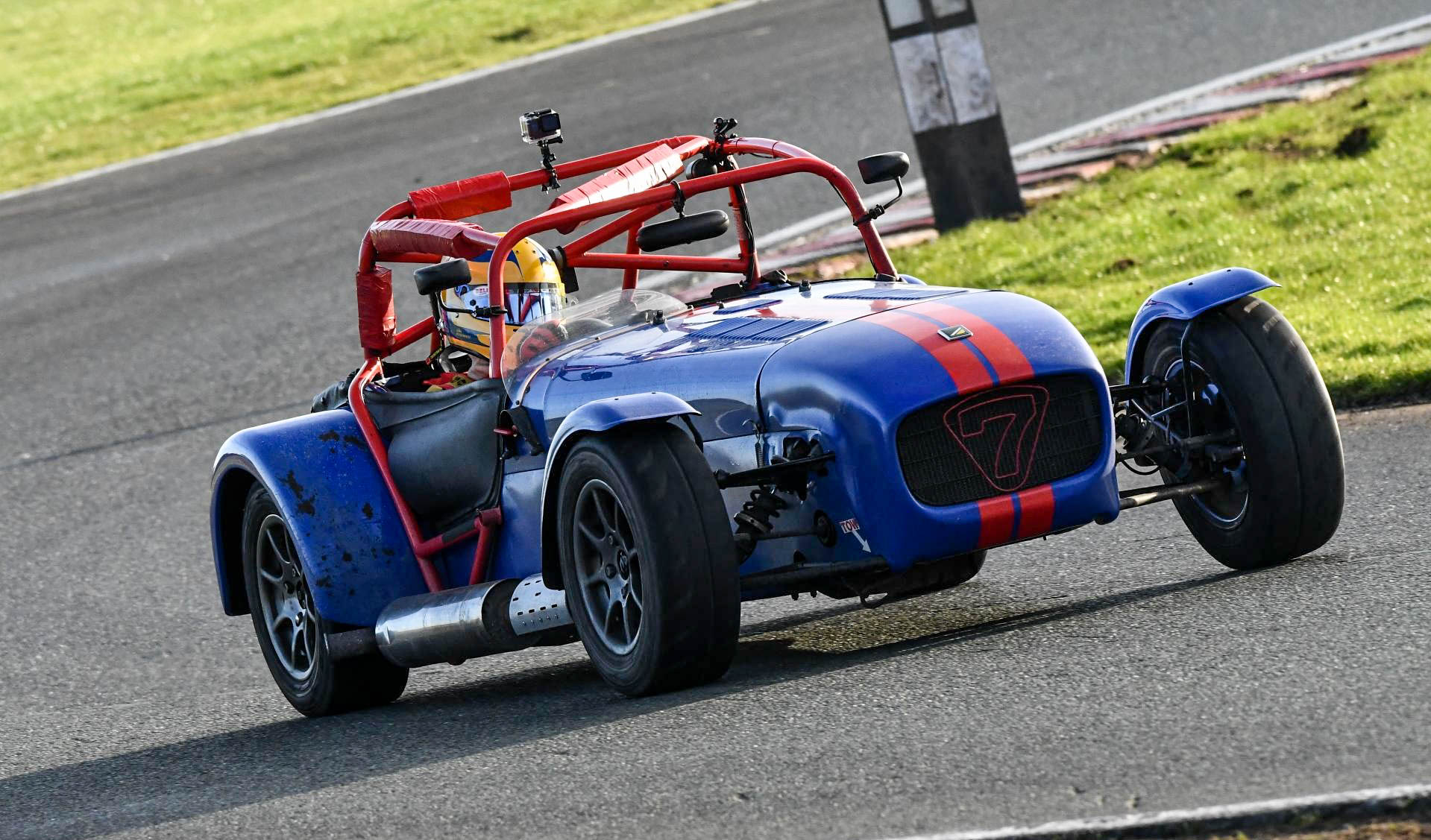 You may remember the name Luke Rosewell, the race driver who proudly piloted his EP3 Honda Civic Type R to an impressive overall second place in the 2021 Type R Trophy, running EBC Brakes Racing’s RP-X™ pads throughout the season.

Rosewell has now sold the Civic and ventured into the world of lightweight sports car racing for 2022, purchasing a 2008 Caterham Supersport that he’ll use to compete in this year’s Toyo Tires 7 race series (within the 1600 Class).

Although most competitors in the series opt for another manufacturer’s brake pads, Luke decided to keep his options open during testing recently. With such good results achieved with EBC Brakes last year, he installed the firm’s Bluestuff NDX (front axle) and Yellowstuff (rear axle) pads at a test session at Donington Park, soon concluding he would run an EBC setup for the entire season ahead.

His thoughts on how the day went can be read below in his own words.

“I tried some EBC Brakes pads in my new Caterham race car during a good back-to-back test recently at Donington Park Circuit (GP), against another manufacturer’s products that most use in the class.

“I started the day with the rival pads, which I had originally driven the car with so I was familiar with how they felt. I went for a 20-minute run and set a decent reference lap to compare against.

“I then swapped to the EBC Bluestuff NDX front pads, and Yellowstuff rear pads. After four laps of following the bed-in procedure and getting them gently up to operating temperature, I came in and let them cool over lunch.

“After lunch, I targeted a 30-minute run to really test the pads. Initially, I had a lot more feel in the pedal which I preferred, especially with the two hairpins as it allowed me to release the brake a lot more accurately and keep the car balanced on entry.

“As it was a track day, it was very difficult to get complete clean laps, but the delta on my lap timer kept going negative throughout the lap, until traffic slowed me down. Eventually, I managed an almost completely clean lap, and was able to improve on the reference time by 0.4 seconds.

“Unfortunately, a red flag cut the run at about 22 minutes, but with no hint of fade at all up to that point, I was confident they would have been able to go to 30 minutes with no problems whatsoever.

“After a cool down in the pits, I went out again but this time with a passenger, to further try and push the pads to their limit.

“Again, after approximately 20 minutes, the red flag was shown, but to my surprise, there was still no fade even when carrying around an extra 80kg+ passenger.

“I completed around 130 kilometres on the pads throughout the afternoon, and the ultimate braking performance didn’t feel like it had dropped off at all.

“I am looking forward to using them at our first race weekend on the 2-3 April, once again at Donington Park, albeit on the National circuit this time, which isn’t as hard on the brakes!”