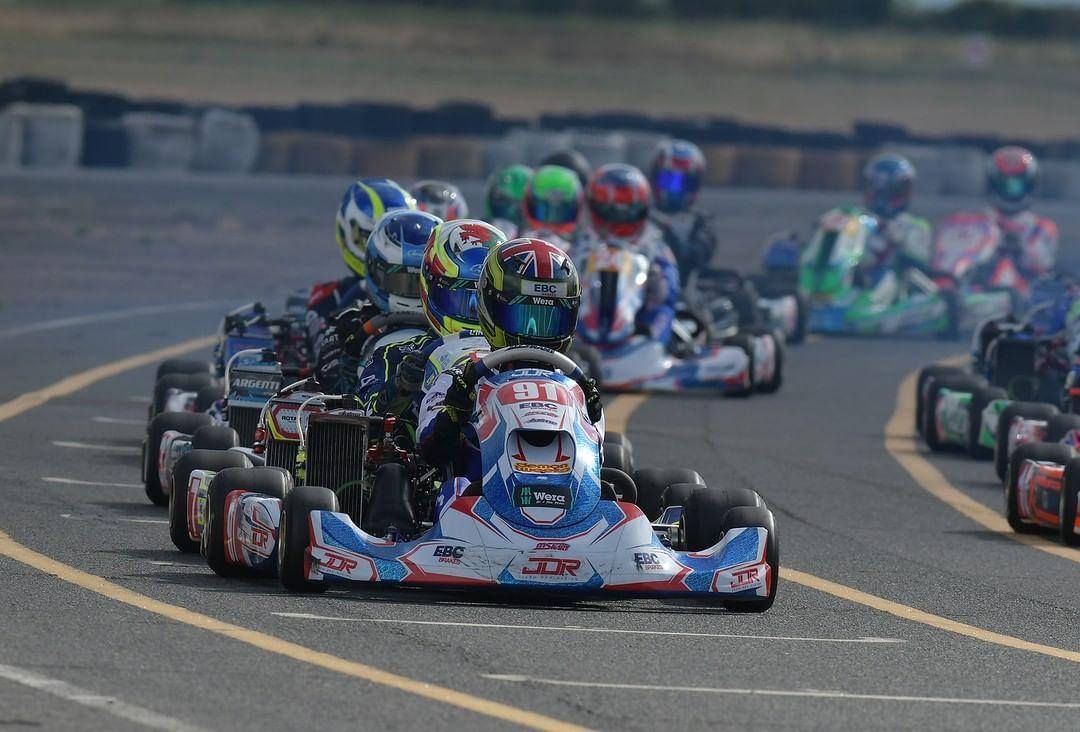 Following a rollercoaster of a season so far, kart racer Harry Hannam recently raced in the fifth round of the British Kart Championship at Hunts Kart Racing Club in Kimbolton, specifically in the Junior Rotax Rookie category.

It was here that Harry managed to achieve his first pole position in the national series, with some impressive racing allowing him to continue his lead in the Rookie championship.

Supported by EBC Brakes, Hannam uses the firm’s brake pads on his high-performance kart. You can read how his weekend unfolded in his father Dan’s words below.

“This was our first visit to Kimbolton in Junior Max, which was compromised by the cancellation of the official test day, meaning Harry only had two eight-minute sessions to familiarise himself with the Cambridgeshire circuit against 50 other Junior Max drivers.

“Qualification: After a season of problems in qualifying, finally, it all came together with Harry putting it in pole position!

“Heat 1: Leading off of pole, it was a tough first heat and the inexperience showed as Harry fought hard to finish 9th.

“Heat 2: We had a better race in Heat 2. Rain affected the last few laps, resulting in a contact between multiple drivers as they battled to keep the slick tyre-shod karts on the wet track. Harry crossed the line in 5th, only to receive a harsh penalty, placing him down into 21st.

“Pre-Final: Decent Pre-Final, with Harry gaining 10 places (from 27th up to 17th), no penalties and finishing in 17th.

“Final: It was an exciting final, battling for the top 10 positions and ending up in 13th at the chequered flag.

“A weekend ruined by a harsh penalty in Heat 1, but we still sit 15th in the British Championship and more importantly, are still leading the Rookie Championship.”