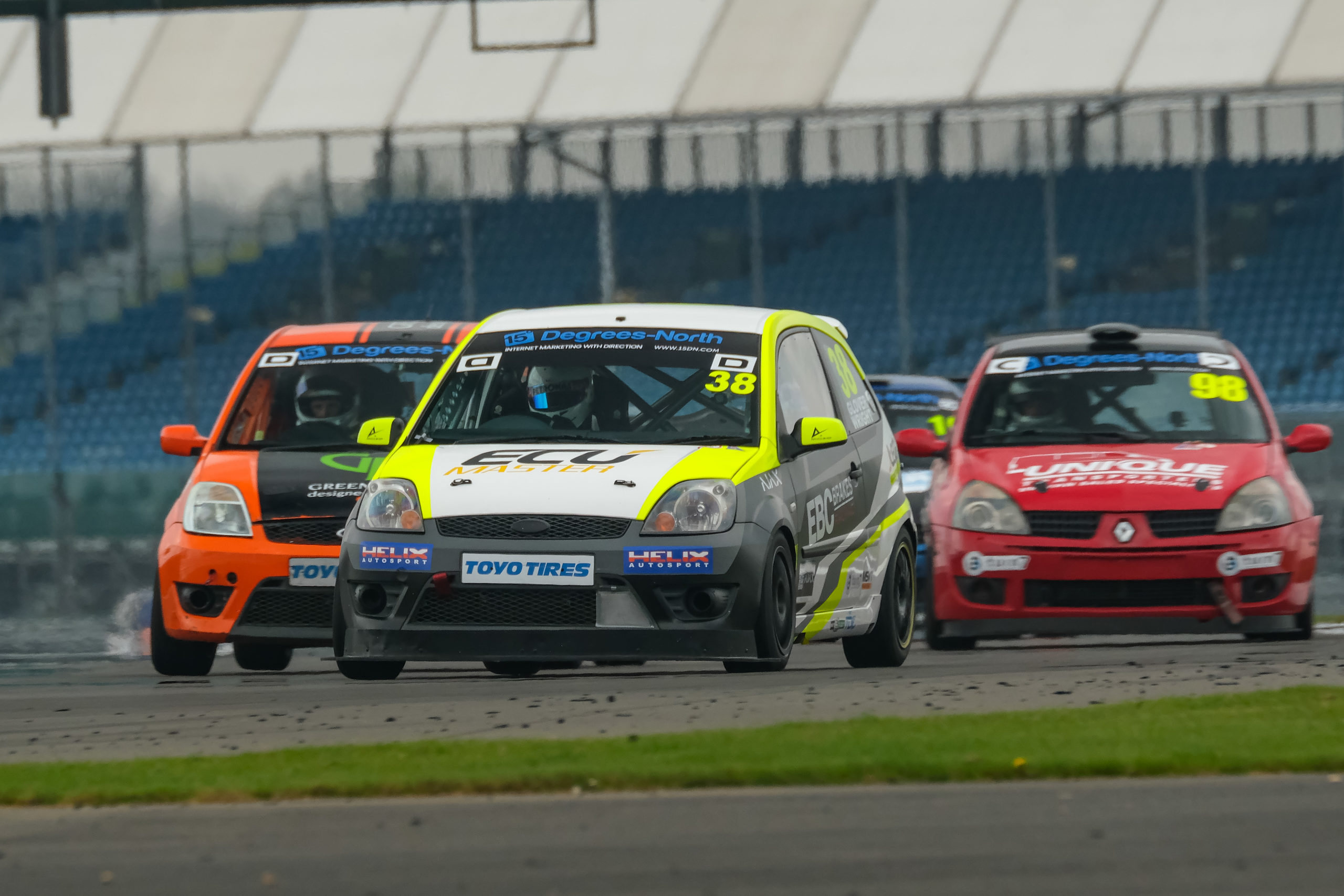 EBC’s RP-X™ and Bluestuff pads, as well as Ultimax slotted discs, are used on the team’s Ford Fiesta race car

In 2021, the EBC-equipped ‘Fiesta Clubracer’ team, comprising of Henry Wright and Kevin Glover, achieved overall class gold in their Ford Fiesta that was competing in the MSVT Trackday Championship.

Using the same braking setup as last year (EBC Brakes Racing’s RP-X™ pads and Ultimax slotted discs up front, with EBC Brakes’ Bluestuff pads on the rear), the team has recently achieved great success in its first round of the 2022 season, securing second in class at the iconic Silverstone National circuit.

“The first round of the 2022 MSVT Trackday Championship brought us to the home of UK Motorsport, Silverstone, with typical grey and windy conditions, however unusually dry!

“Some additional names have been added to the familiar grid for this year, and at least four new additions to our class prompted some intrigue.

“Traditionally, Silverstone National is a very RWD-biased track with low and medium speed long corners, so we knew this was going to be a hard weekend. The car had a ‘medium refresh’ over the winter, with not much in the way of development parts, but a good refresh of all the consumables and ‘wear’ items – not excluding the tried and tested EBC RP-X™ pads up front on Ultimax slotted discs, and EBC Bluestuff pads on plain discs in the rear.

“Fitting new discs and pads has never been an issue with EBC’s limited brake-in procedure and instant performance, so that’s one less thing to worry about.

“Qualifying was a case of getting some solid banker laps in immediately, as the traffic of 38 cars always plays havoc. With that job done, we were standing in third place right up until the last lap of the session when Kev pulled out all the stops, and found that all-important track space to bump us up to P2. It’s a testament to the brakes, performing consistently throughout the whole session and still working their best right at the end.” 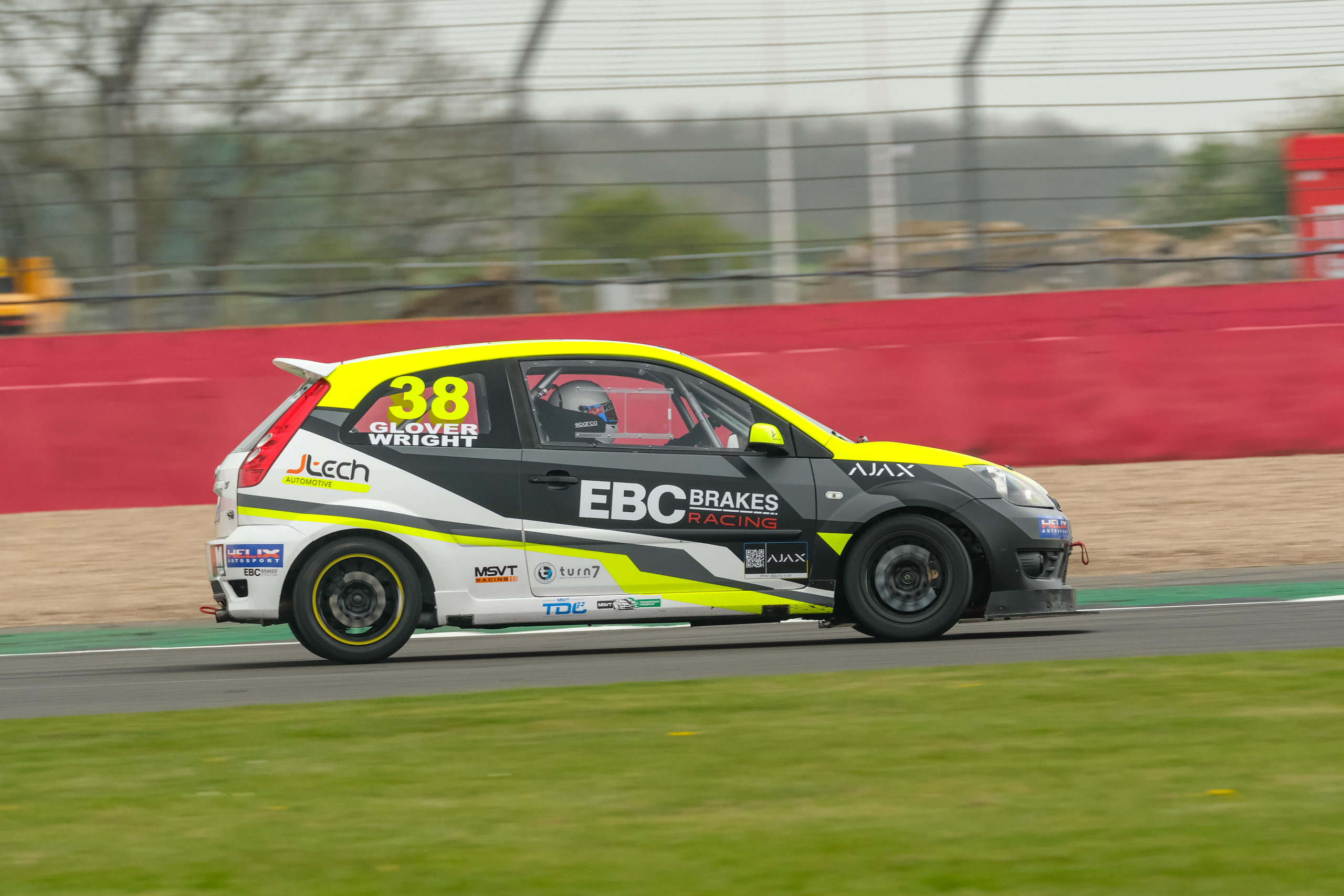 “A quick bleed of the brakes as usual between sessions, and a fresh set of front tyres readied us for the race. We carried out the normal procedure of Henry starting and Kev bringing it home. As the lights dropped, Henry converted the P2 into a P1, while the Mazda MX-5 pole-sitter hesitated at one of the front-runner’s spins.

“The first five to six laps were a case of bringing Henry’s defensive A-game – lots of super-heavy deep braking. Last year’s Class D front-runners were large in the mirrors, but finally after our tyres came in a bit, and their brake and tyre combos started to fall off, I made up a few seconds’ gap ready to hand over in the pits after a couple of laps of the normal Class C traffic interfering!

“A competitive BMW Z3 narrowed the gap, being right in the bumper of Kev who had jumped in and got right up to pace where Henry had left off. A few laps of battling cleanly for position ended with the RWD Z3 getting much better traction out of the Brooklands and Luffield complex and onto the straight, allowing him to make a committed move through into the lead on the straight and into Copse.

“This is how the race eventually ended up. P2 for the first round. A great start to the title defence! Typical consistent performance and race-long consistency we have become used to with our braking package. A few suspension and aero tweaks will help traction for round two at Cadwell Park.”