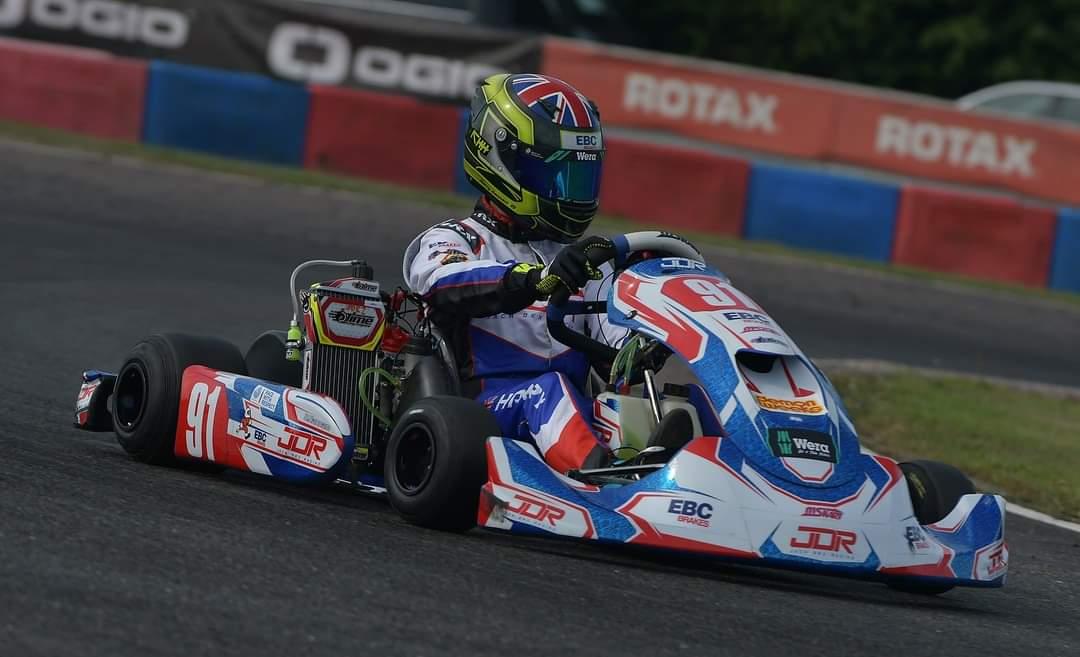 Harry Hannam recently headed to Dorchester-based Clay Pigeon Raceway for the fourth round of the 2022 British Kart Championship recently, where he is competing in the Junior Rotax class.

You can read how he got on across the weekend in his words below.

“The struggles in qualifying continued as they had done all season – we were only 0.3 seconds from pole position, but in the ultra-competitive championship, that translates into a 33rd place in the 47-kart grid.

“We started heat 1 in 22nd place, on a track that is very hard to overtake on, so could only make up four places to finish 18th.

“Heat 2 was no better. We were struggling with tyre pressures and could only make up two places and finish 20th.

“Very average results in the heats, but it did give us enough points to qualify directly into the pre-final in 27th place, avoiding having to qualify through the repechage.

“The pre-final went much better than the heats; the overnight set-up changes paid off. Starting 27th, we passed 14 karts to finish a respectable 13th

“For the final, we started in 13th and were involved in a race-long battle to get into the top 10, only to be knocked off the track by a competitor. Then the problems compounded by a nose cone penalty resulting in a five-second penalty pushing, us all the down to 25th.

“A frustrating weekend, but we still sit 15th in the British Championship and more importantly, are still leading the Rookie championship.”