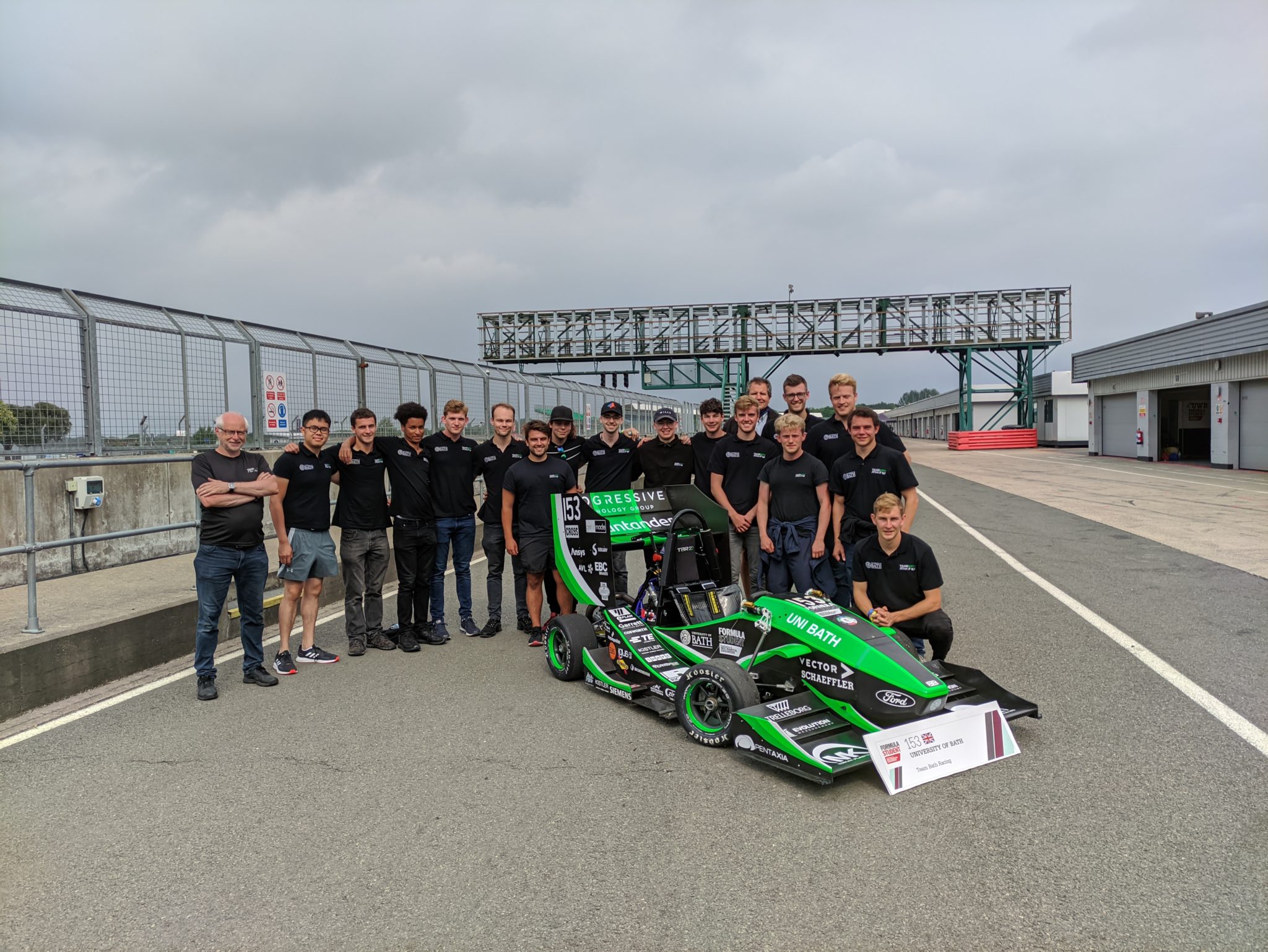 Team Bath Racing, run entirely by undergraduate students from the University of Bath, has been at the forefront of the Formula Student UK series for the past few years.

Creating a bespoke single-seater race car each year that is supplied with custom-made Bluestuff pads and stainless-steel discs from EBC Brakes, the team recently headed to Silverstone for the 2021 round of the championship –

an eagerly-anticipated affair thanks to the cancellation of the event in 2020 due to Covid-19.

The team recalls how the event unfolded in their own words below.

“Last weekend, Team Bath Racing competed in Formula Student UK at Silverstone. 42 teams were present, all from UK universities, however, due to the impacts of Covid, the IMechE decided to allow teams to bring 2019 cars to the competition and compete on equal terms with new cars, leading to the majority of the field looking very familiar to previous years!

“Although bringing a two-year-old car, with all of the de-bugging and testing time that that brings, would have been an easier route to competition success, we stuck to our roots of building a truly new race car every year for the past 21 years, pandemic or no pandemic. We believe this not only allows us to improve at the fastest rate, but also for each group of team members to learn the most possible about motorsport engineering, and all the late nights, passion and heartbreak that comes with it.

“Our arrival at Silverstone was greeted by silence up and down the pit lane, with our fiercest rivals quite literally downing tools to watch TBR21 rolling past them, followed by a flurry of up-close photos taken and questions about the car. The magnitude of engineering design and the execution of these designs in manufacture was mightily impressive.

“We then headed to scrutineering, which again was met by compliments such as “the best car I’ve scrutineered in years” and “I’m annoyed I can’t find anything wrong with it”. It’s fair to say we had quite a spring in our step that evening.”

“However, come the weekend and the beginning of the dynamic events, things were not well. A cascade of wiring, sensor and control issues harangued the team for the next three days, taking a car that had been testing well for weeks beforehand to its knees. Those three days truly pushed each member of the team to their limits, with each one working from dawn until the 11pm pit curfew to rectify the problems as they arrived.

“On Saturday afternoon, we attempted three sprint laps (a single, maximum-attack lap). On every lap, the car was visibly quicker than the other competitors, but time and time again would cut out painfully close to the finish line due to a sensor issue.

“Then came Sunday, the endurance event, a roughly 20-minute test of the car’s speed and reliability. The team again spent all day fixing the problems of Saturday, with the car being pushed down the pit lane with one minute to go, with laptops still plugged into it. The car started, pulled away and completed its first lap, all met with roars from the team spectating.

“However, the car was downshifting without driver command, pulling firsts and neutrals halfway through corners and along the straights, we counted 15 unwanted downshifts in a 1-minute-long lap. Despite this, the car posted a 1:03 lap time – only five seconds off the fastest sprint lap of Saturday and enough to win endurance by three minutes, if it could just keep running. But again, more electrical gremlins rose to the surface and the car died just half a lap later.

“This was a truly heartbreaking result for the team, we knew from our lap times that we had a blisteringly fast car, yet lap times are meaningless if you cannot convert them into podiums. However, the whole team should be incredibly proud of what we have achieved together in the most challenging of years. We were one of the only truly new cars to have competed this weekend, in a year where just building a new race-car is an impressive achievement, we were only able to manage this thanks to the support of our sponsors.

“I’m now very pleased to hand over to Ben Gutteridge and Joe Dawe, Sponsorship Manager and Project Manager respectively for TBR22, who I’m sure are eager to resume working to bring home the silverware from Silverstone and Europe next year.”

Connect with Team Bath Racing for more news and information: