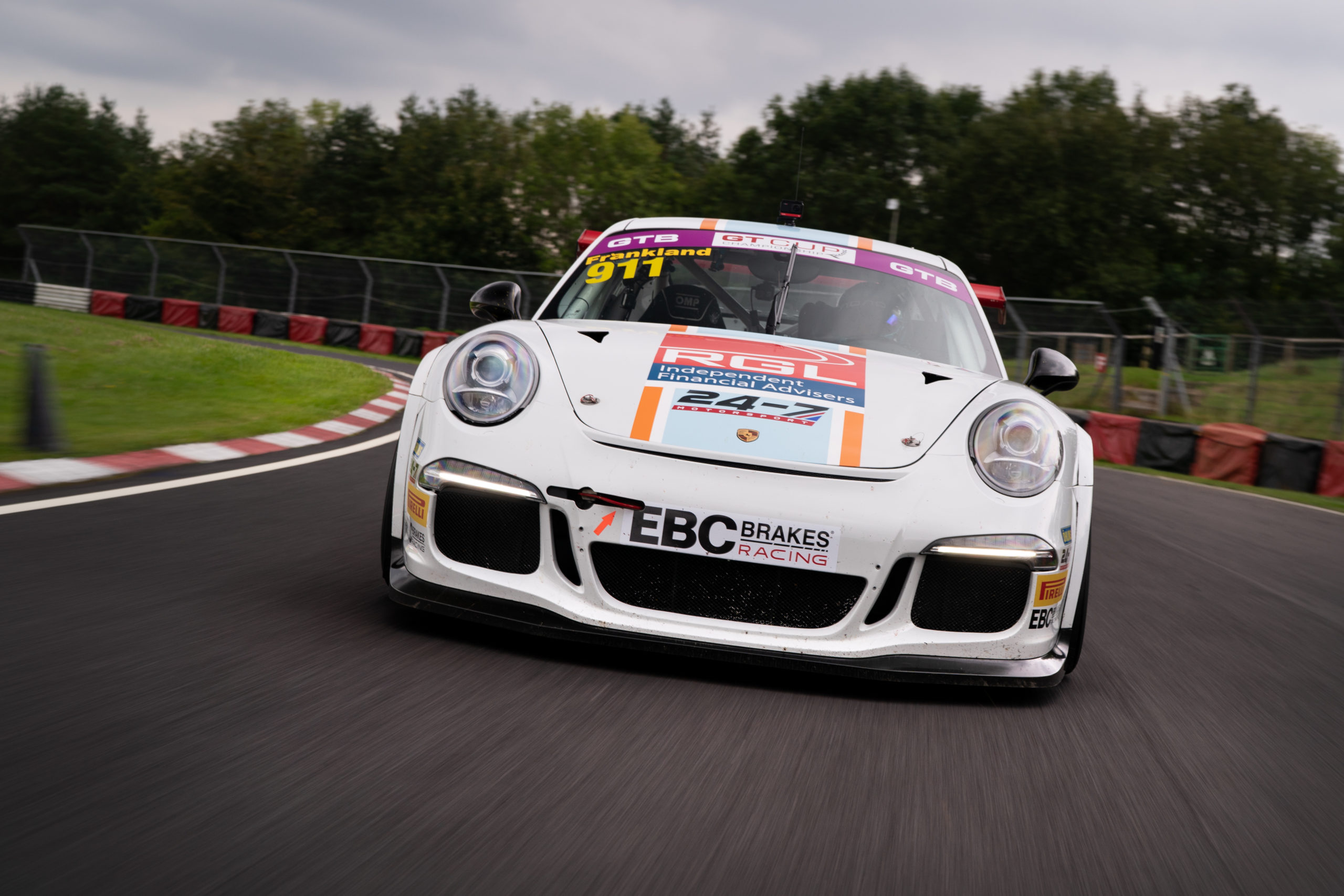 Over the last few years, EBC Brakes has had a very good working relationship with Norfolk based multi-discipline race outfit, 24-7 Motorsport.

Founded by Phill Hurn – a former factory Lotus motorsport engineer – 24-7 Motorsport has worked alongside leading motorsport teams both in the UK and abroad, focusing on vehicles ranging from Lotus production race cars to Le Mans-entered GT2 cars, as well as Radicals, Porsche cup cars, touring cars and everything in-between.

The team has helped with the successful testing and proving out of both EBC Brakes Racing’s RP-series™ pad range and, more recently, the all-new SR-series™ sintered pad range.

Confidently running the Bluestuff and RP-series™ compounds on numerous vehicles, EBC Brakes recently sent out its all-new SR-series™ sintered endurance race pads to be tested by the team.

The initial testing of the SR-21™ compound took place at Silverstone during a GT Cup weekend on one of the team’s 991 Porsche GT3 Cup cars for the 25-minute sprint race. With virtually no bed-in required on these pads, Phill was confident that they would be up for the job.

The pads performed exactly as expected and the car had finished 2nd in class and 10th overall out of 40 cars, beating many higher-classed vehicles such Lamborghini Super Trofeo’s, Ferrari 488 challenge cars and many more, with the pads only showing a mere 0.5mm of wear.

Team Manager Phill Hurn’s thoughts can be viewed below in his own words.

“We back-to-back tested these pads against a competitor’s pads during a time when we couldn’t afford a failure, we saw increased pedal feel and modulation with better initial bite and bite that didn’t fade, as well as less pad and rotor wear with the new SR-21 compound.

“We are very happy with these results, and they just go to show how well these pads perform under pressure.

“We have conducted testing on a few of our vehicles now and will continue to test throughout the off-season and are certainly looking forward to the 2022 season and the official release of the two new SR compounds.

“I look forward to EBC Brakes Racing being our one-stop-shop and our sole brake disc and pad supplier throughout the 2022 season and beyond.”

A fully-sintered pad blend for fastest asphalt race and endurance applications. SR-11™ was independently tested in a professional USA laboratory at 200-900Psi to LMGTE/GTLM race parameters. The new EBC SR-series™ range is a low-noise, long-life sintered pad blend that is designed to offer the LOWEST pad-wear-cost-per-lap in race driving.

Tested exactly as its SR-11™ stablemate was, the SR-21™ sintered pad blend has higher friction and a slightly higher heat threshold. Independently tested by a brake testing company specializing in professional racing (i.e. GTE). SR-21™ has a massive lifespan and although well at home in sprint format circuit racing, this is a true endurance grade material lowering pad costs per lap by almost 70% with extremely low rotor/disc abrasion. Zero chemical bedding required; pads only need to be mated to the opposing rotor surface. 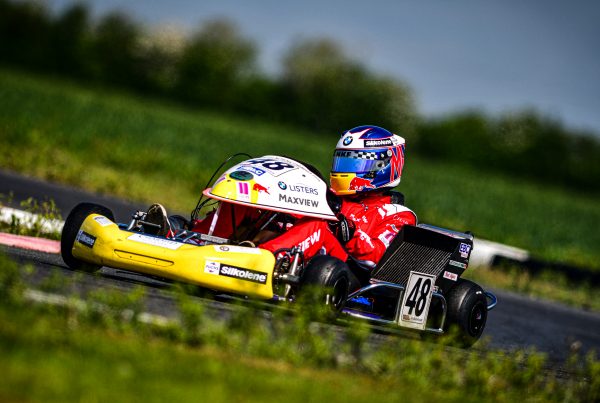