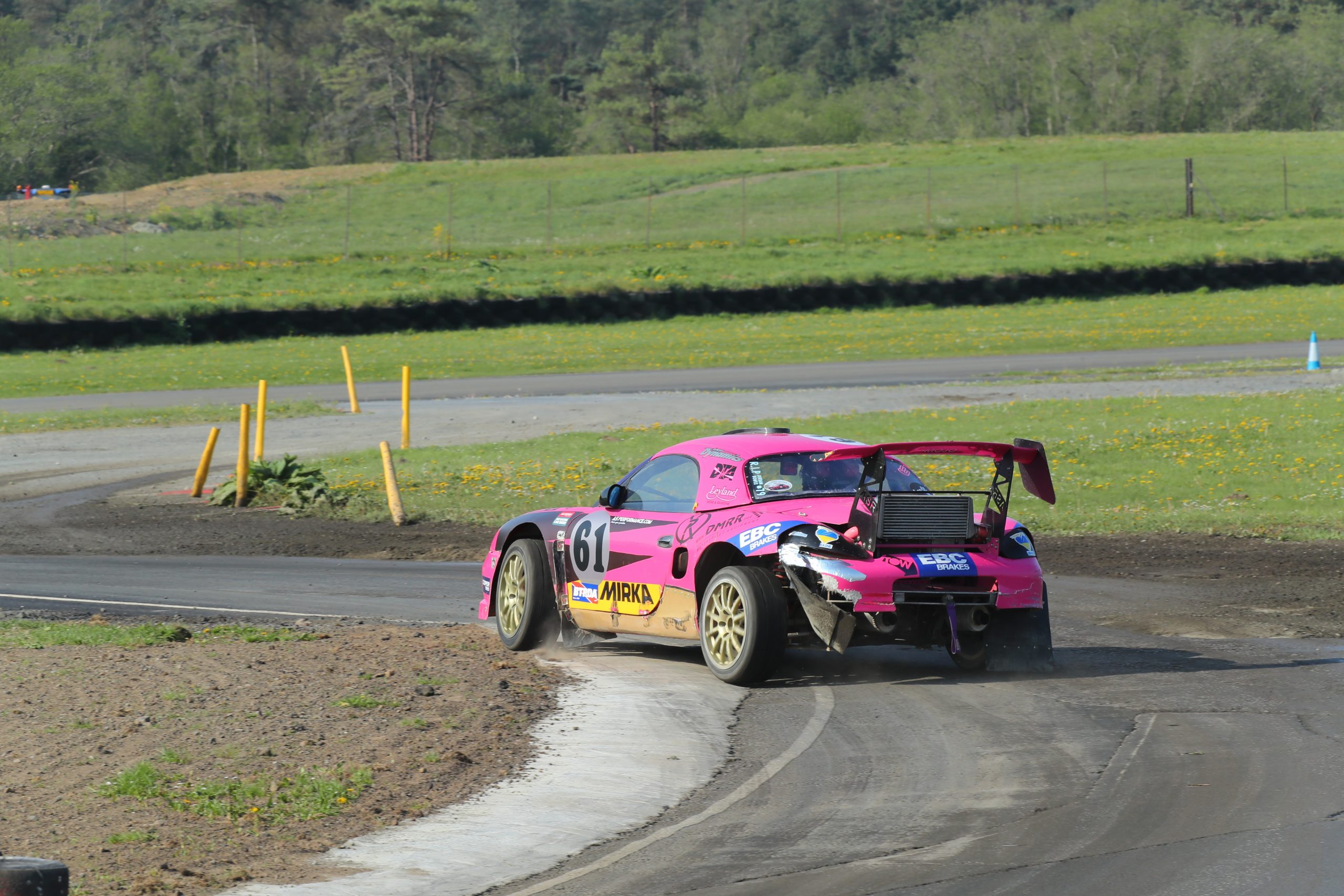 The ups and downs seen in the first round of the BTRDA Rallycross Championship for the Angry Spider Racing team continued in rounds two and three, both held at South Wales’ Pembrey Circuit recently.

For the 2022 season, the team is once again using EBC Brakes’ Bluestuff pads and drilled discs on its twin-turbo Audi RS4-engined Porsche Boxster.

You can read how the Pembrey weekend unfolded in driver Michelle’s own words below.

“Round 2 was on the Saturday. Unfortunately, I missed heat 1. Heat 2 got off to a good start. I had a little collision with another driver but the car was still drivable, so I carried on. The race got red flagged close to the beginning, so we got a restart. On the restart again I started well. Going round the course I spun about four times. This caused me to be at the back and I tried to catch up but just couldn’t make it. With the spin, one driver managed to catch up and lap me so I got a DNF for that race.

“When we got the car in after the race, we could see the cause of why the car was spinning easily. During the collision with another driver, the tracking had been knocked out on one of my rear wheels by about 10mm – we corrected this ready for the next race.

“Heat 3 started off great. The race was good and I finished 5th. My times through the race got better and quicker with each lap.

“Then it was time for the final. I started about mid-way through the pack. My launch was faultless and I felt my driving just got better. In this final, I did the best defensive driving I’d ever done. My times again just got better through the laps with me getting the best time I had all day of 42.8 seconds. For the race, I finished 5th overall and in class I came home with a 2nd place. I was super chuffed and was ready for the next day.” 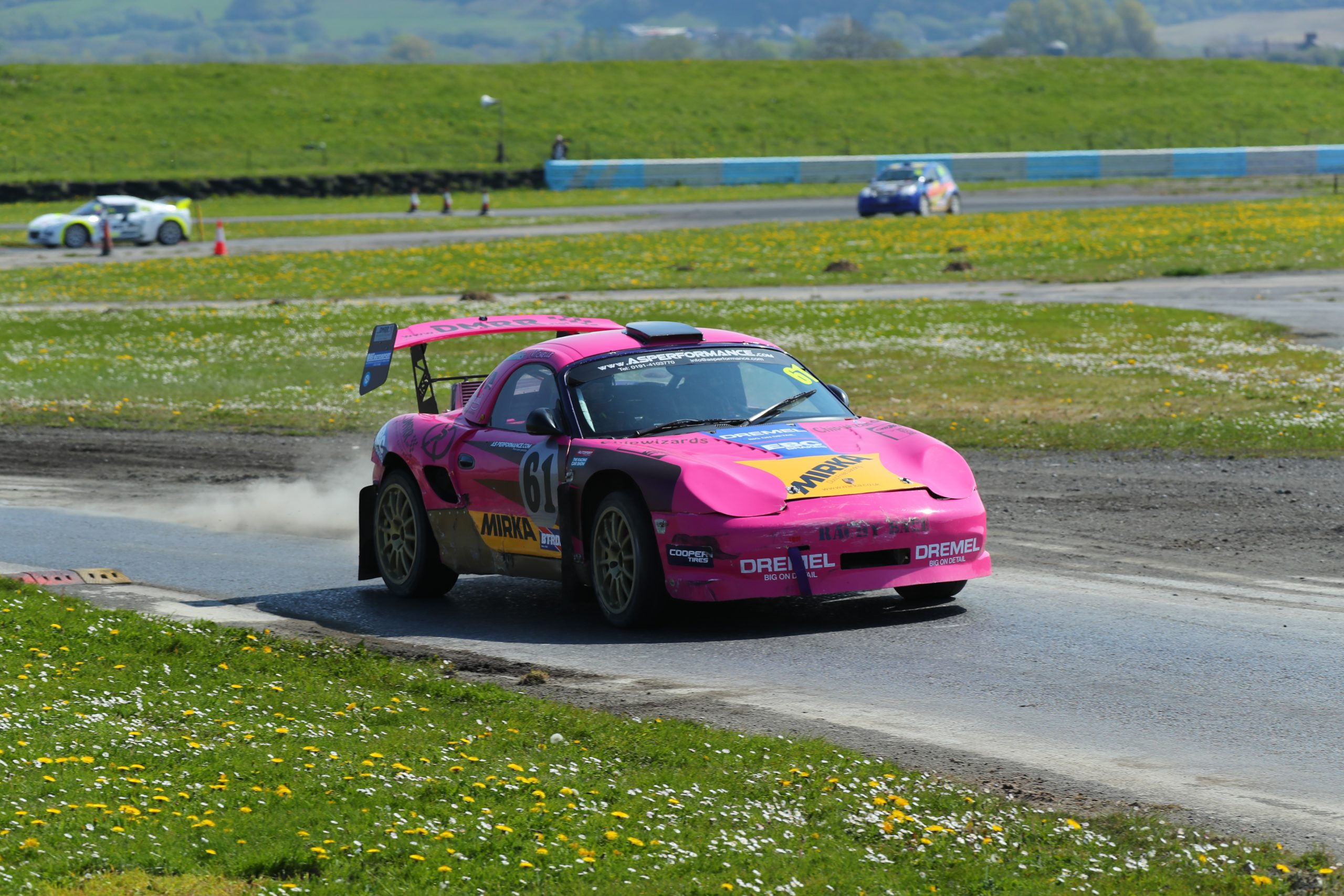 “Round 3 took place the next day on the Sunday. My practice times were better than the previous day.

“Heat 1 was a good race – not much happened with me. I completed my laps and the times stayed about the same as they did the day before, so I was happy to be coming in with the car still running.

“In heat 2, I had a little knock at the rear of the car and had a few little spins towards the end of the race. Unfortunately, this meant I was at the back of the pack again.

When we got the car in, we decided to check the tracking. The other side that had been knocked during the race – the wheel was toe out. We corrected it, but this just showed that even with a little bit of toe out on the rear wheels makes the back more unstable and causes it to spin.

“Heat 3 was good; I had to be a little defensive on my driving to defend my place. I managed to do it till the end and kept my position. It was a good race.

“In the final race, my launch off the line was great (I’m getting good at these). I was pushing myself as much as I could, and I felt it was showing. I was having a good drive. On the first lap, I went a little hot into a corner and the car started to spin but I caught it before it did. Unfortunately, at the same time I had a driver on my tail and they didn’t realise where the car was going. As I caught the car from going, they hit my other side causing the car to spin. When I tried to drive it again, I had no right hand steering so that was me out of the race. We have snapped a track rod which was why there was no steering.

“I have to say I’m loving the Bluestuff brake pads – they are working brilliantly. I prefer them more to the Redstuff that we used to run. They are working great from cold which is the most important thing that we need them to do.

“Onwards and upwards for the next round! I felt through the whole weekend I was getting more confident with the car and I felt my driving was getting better each time. I used to struggle to defend my position but having to do it twice and being successful made me feel ace.

“We have a lot of work to do now as the poor Porsche got battered, all of her body panels are in quite a bad state. It’s all fixable, we just need to straighten her out a little and make a few new panels.” 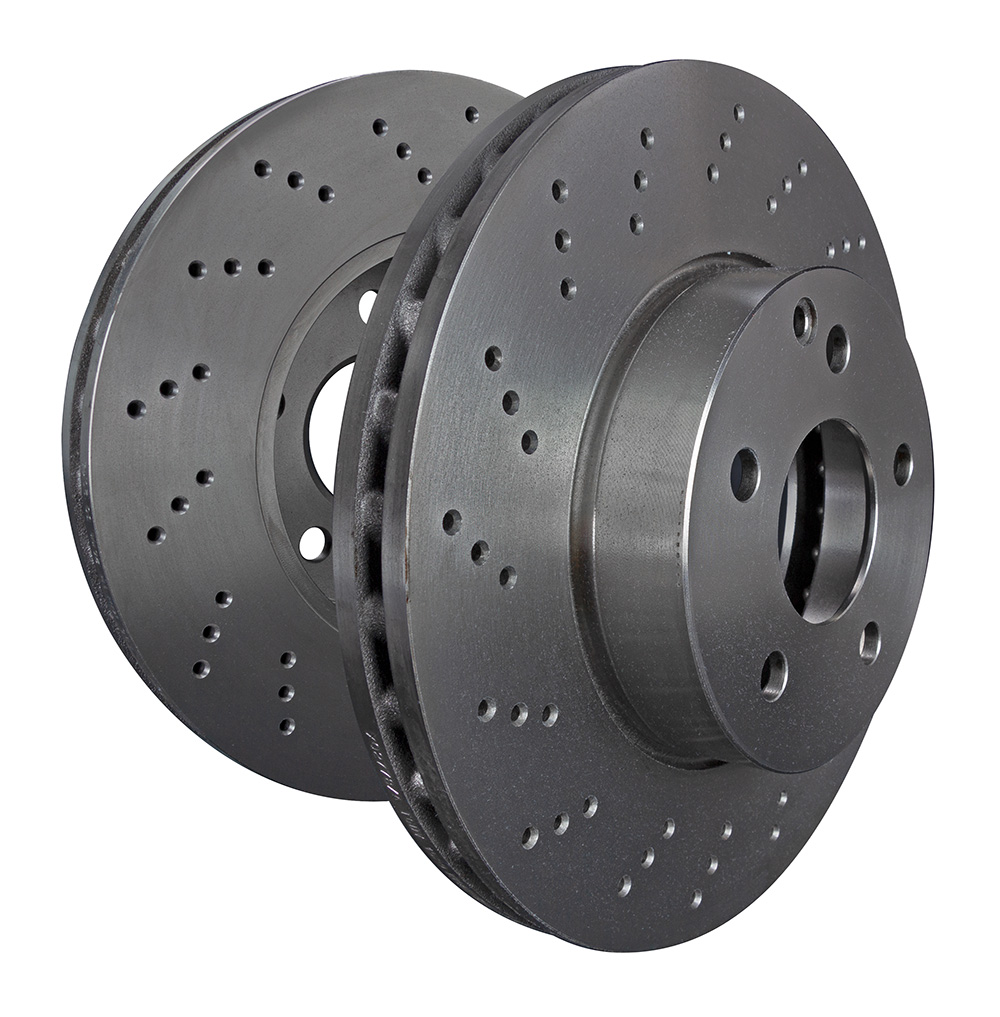