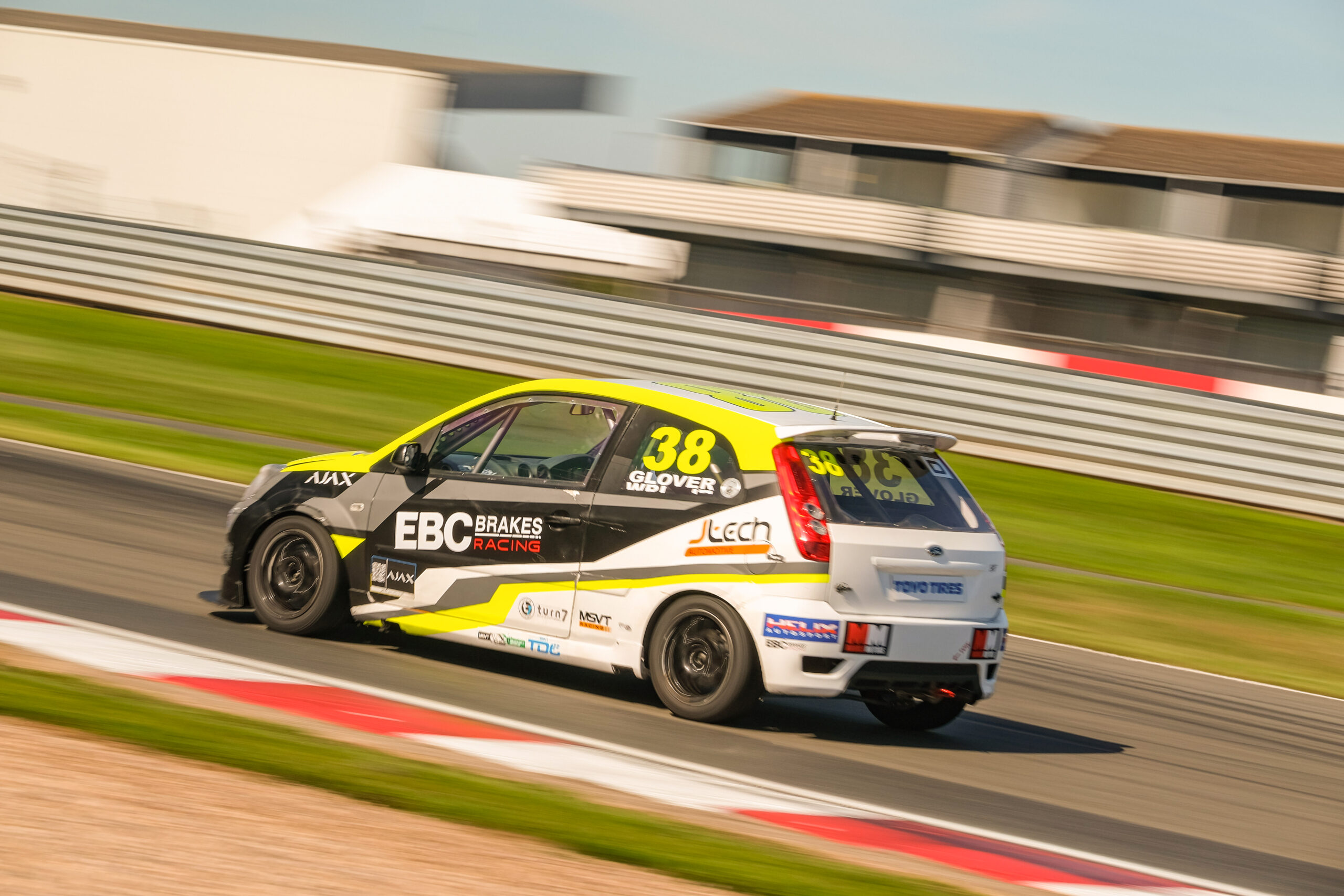 Henry Wright and Kevin Glover of the Fiesta Clubracer race team once again performed faultlessly at the Donington Park round of the 2022 MSVT Trackday Championship recently, to secure Class D victory with one race remaining.

With EBC Brakes Racing’s RP-X™ motorsport brake pads up front (and Bluestuff™ NDX pads on the rear), the team has enjoyed no less than five back-to-back class victories in the same amount of races, also securing the all-important fastest lap in this round. Perhaps most impressively of all, however, is the fact the duo continues to secure top-10 overall finishes in a car that is in the lowest possible category of the series.

You can read how the weekend unfolded in the team’s own words below.

“With four back-to-back victories from the last rounds, a chance to consolidate and win the class championship presented itself this weekend. Another strong finish and a handful of points would make it impossible for us to be out-scored.

“So, with that in mind, and Donington being the single most abusive track on the calendar on the braking system, we prepared the car with a new set of EBC Brakes Ultimax discs and EBC Brakes Racing RP-X™ pads up front, and Bluestuff™ NDX pads in the rear, and gave the braking system a full going over. With the weather looking fair all weekend and the car prepped ready, we set about the task in hand.

“Qualifying was a case of finding space yet again and learning the GP section of the track having never run it before. With a 38-car grid and lots of ‘guest cars’, a strong grid position would be a major advantage. After 15 mins of trading lap times for pole with Ronan Quinn in a fellow Fiesta, we opted to pit, change driver and back the tyre pressures down for a final push – this proving critical and allowing us to gain the all-important class pole by three tenths on the last timed lap (promptly before a red flag caused by a fluid spill at the chicane which prevented us from further improving on a lap time when we were under the delta considerably). First job complete!” 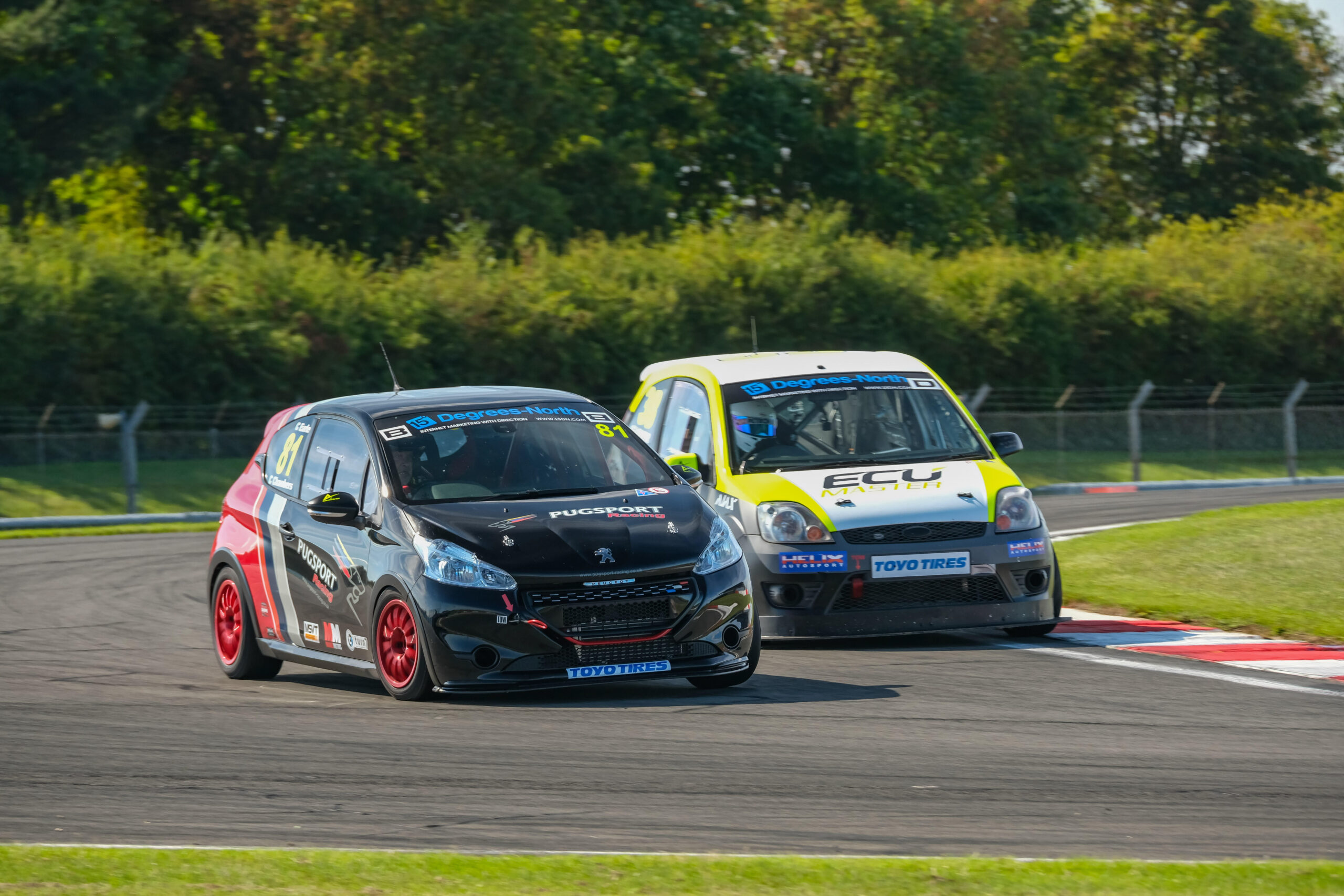 “The race itself was very action-packed for the first few laps, with lots of collisions further up the field. Luckily, a solid start and some careful routing through incidents allowed up to quickly make it up into the top 10 and consolidate our pole with a comfortable lead. With 30 seconds remaining of the pit window, we changed drivers and Kev took the helm to cruise the car to a lights-to-flag victory. Another race where due to the car’s ability, we were able to manage the pace and take a fairly straightforward victory. The brakes played a major part in this, with them feeling every bit as good after 45 mins after they did at 1 min. Total consistency as we have come to expect. Other competitors reporting brake fade and long pedals causing them to drop back.

“So, another round of pole, fastest lap and the class win. And another overall top 10 finish in a car in the lowest class. Meaning now, with one race to spare we can confirm back-to-back championships, and 2022 Class D champions yet again!”