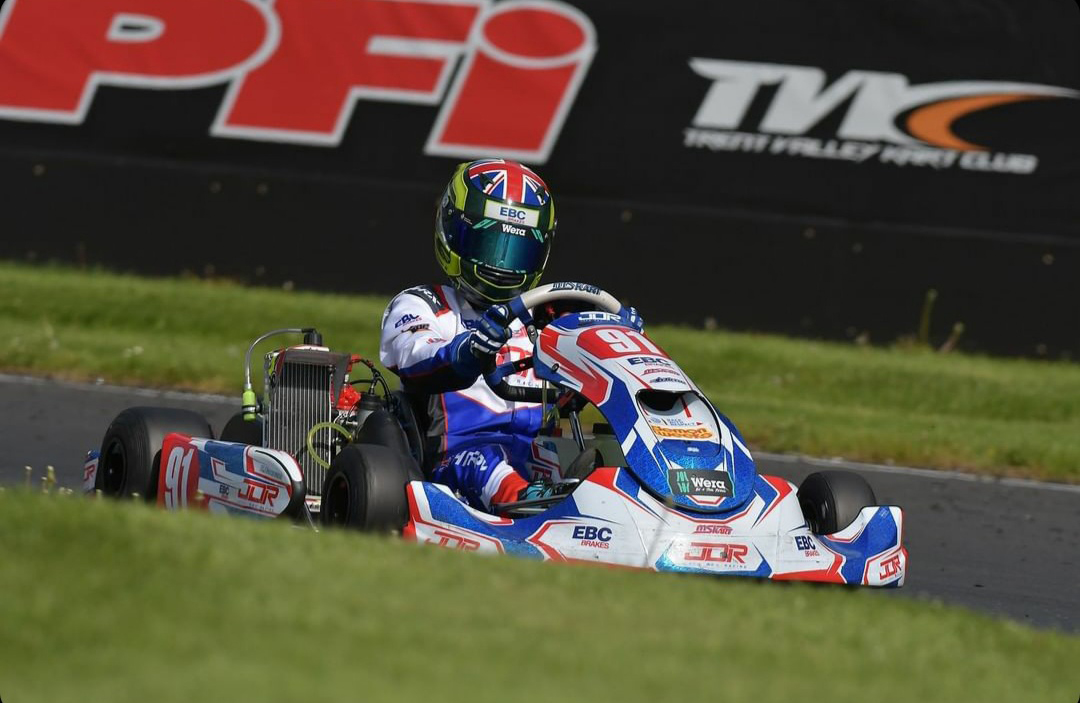 Harry Hannam Battles it Out at British Kart Championship First Round

Following a stint of successful campaigns in the UAE in recent years, 13-year-old Harry Hannam is taking on the Rotax British Kart Championship for 2022.

The first round of the championship was held at the impressive PF International kart circuit in Lincolnshire recently.

Qualifying was a disappointment for the team, with Harry being held up from the pre-grid before even getting onto the track, then receiving contact from other drivers during the session meaning he eventually qualified 50th out of 60 drivers.

Hannam started 25th on the grid for heat 1, driving well to gain 15 places and get up to 10th place, only for a bumper penalty to push him back down to 16th by the end.

Starting in 25th again for heat 2, a fantastic drive helped Hannam gain 20 places in 12 laps, securing him 5th places by the end of the race.

The pre-final was a very messy affair, with Hannam starting 18th and moving up through the field, only to get pushed off the track on the fourth lap and re-joining in 32nd place. With some great driving, Harry climbed his way back up to 23rd, only to eventually be pushed down to 27th after a penalty.

Harry therefore started the final in 27th. A stunning first lap saw him take 10 places, gaining another seven during the rest of the races to get the top-10 result that had been the goal all weekend. From a poor qualifying to an excellent final, it was a weekend of ups and downs for the team.

Hannam now sits 17th in the British championship overall and leads the Rookie championship, ahead of the second round in Larkhall, Scotland in June.