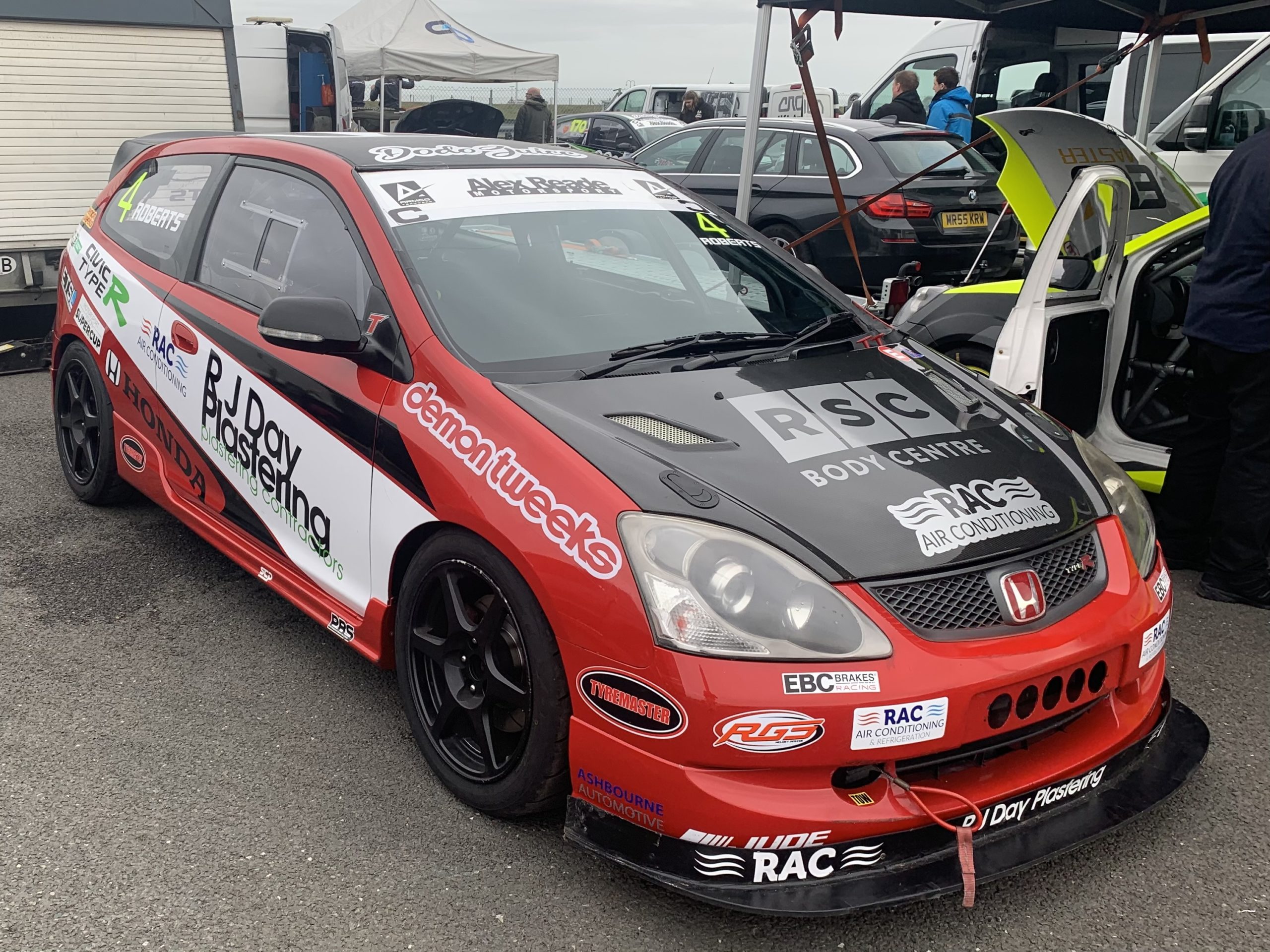 Justin Roberts has been a front-runner of the MSVT Trackday Championship race series throughout 2021, competing in his EP3 Honda Civic Type R.

Following some issues with brake pads during the first three races of the season, he was keen to try products from a different manufacturer, eventually heading to EBC Brakes Racing to test out the firm’s acclaimed RP-X track/race pad compound.

Roberts’ first race with the new friction material was the fourth round of the championship, held at Snetterton Circuit. Here, he managed to claim an outright win on the weekend, despite his car falling into the mid-rank Class C category.

You can read how Roberts’ weekend unfolded in his own words below.

“After reading an article about the EBC RP-X pads, I thought I’d purchase a set for my Honda Civic Type R and try them out at the penultimate round of the Trackday Championship at Snetterton.

“On arrival to the circuit, I found it impossible to get a test session at the end of the day, as I was hoping to bed the new RP-X front pads in with newly fitted drilled and grooved discs. So, this would have to be done during the 25-minute qualifying session instead. I thought I’d sacrifice the first 15 minutes for this, then come into the pits and put a fast lap in towards the very end.

“A red flag with four minutes to go put pay to that idea and found myself in 12th position out of 34 cars. I was happy knowing there was plenty more time in the car to be found but that was irrelevant as the heavens decided to open.

“The race was started after two green flag laps as the circuit was completely drenched. During those laps, I found the bite on the RP-X pads was outstanding; even from cold they were very responsive. I progressed through the field and found myself in second place overall with six laps remaining, challenging a very well sorted TDI Golf, ran by Darkside Developments.

“In my previous race using the previous pads I used, I found that I couldn’t hold off the Golf under braking due to the four-pot callipers and large discs it’s using, but this time I managed to out-brake it and go around the outside on the first corner to take the lead, which I managed to comfortably hold the lead to the chequered flag, having the confidence to go so much deeper into the braking zone than I would ever have done before.

“To summarise the brakes: the bedding in was very easy, they got to temperature quickly, the bite was fantastic and there was absolutely no brake fade.

“The final round of the season takes place at Brands Hatch on 20 November, where I’ll be hoping to secure the Class C championship win and claim runner-up overall too for the year.”