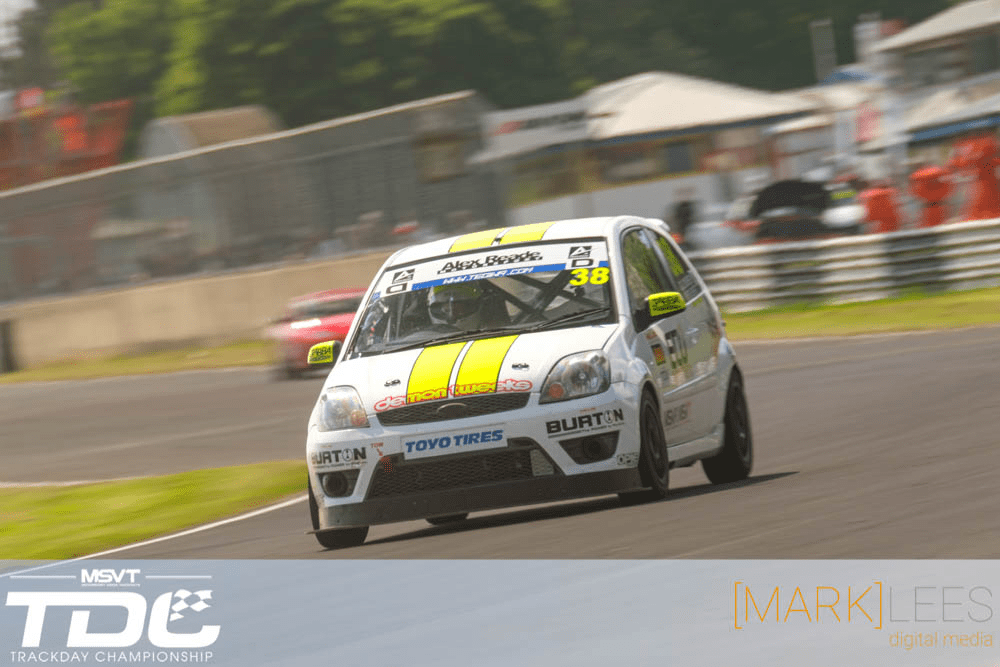 EBC-equipped Ford Fiesta racing outfit took to Castle Combe for the third leg of the series, clinching gold in class in the process

Continuing in the series’ ‘D’ class (that they finished runners-up in last year), the outfit followed the series from Silverstone to Castle Combe recently for its third leg.

The team tell us how the weekend went down in their own words below.

“Round 3 was held at Castle Combe Circuit in Wiltshire. Another traditionally high speed, old school UK historic circuit with very limited run-off, and very bumpy sections in awkward places. The tarmac itself is also very abrasive. With a reputation like Donington Park for being exceptionally hard on brakes.

“The weather had taken a turn for the better at least, maybe too much so with ambient temps forecast in the high 20s and bright sun. So, a chance to apply a more aggressive setup. Again, we utilised the tried-and-tested EBC Brakes Racing RP-X front pads and EBC Blue pads on plain discs at the rear.

“Qualifying was a case of a quick few familiarisation laps and bedding brakes and tyres before a quick stop to normalise pressures and swap drivers. Things didn’t go right to plan with a scary spin on Henry’s first flying lap over the infamous ‘Avon Rise’ at top speed, caused by a slightly over-aggressive rear anti roll bar setting combined with the above average bumps through the kink in the braking zone. However, he redeemed himself with a solid Class D pole lap the very next lap!” 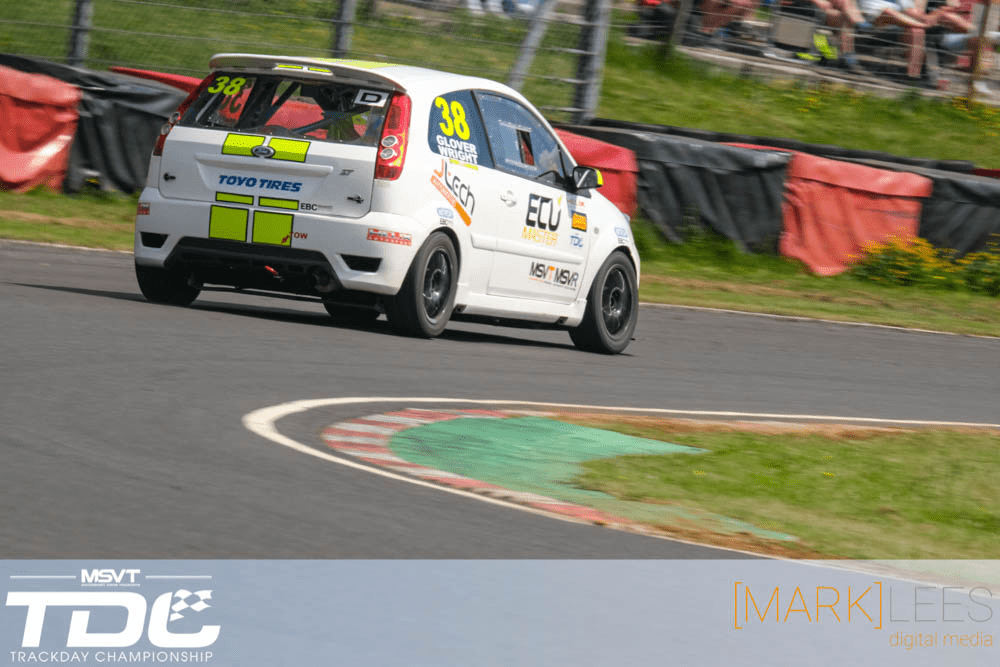 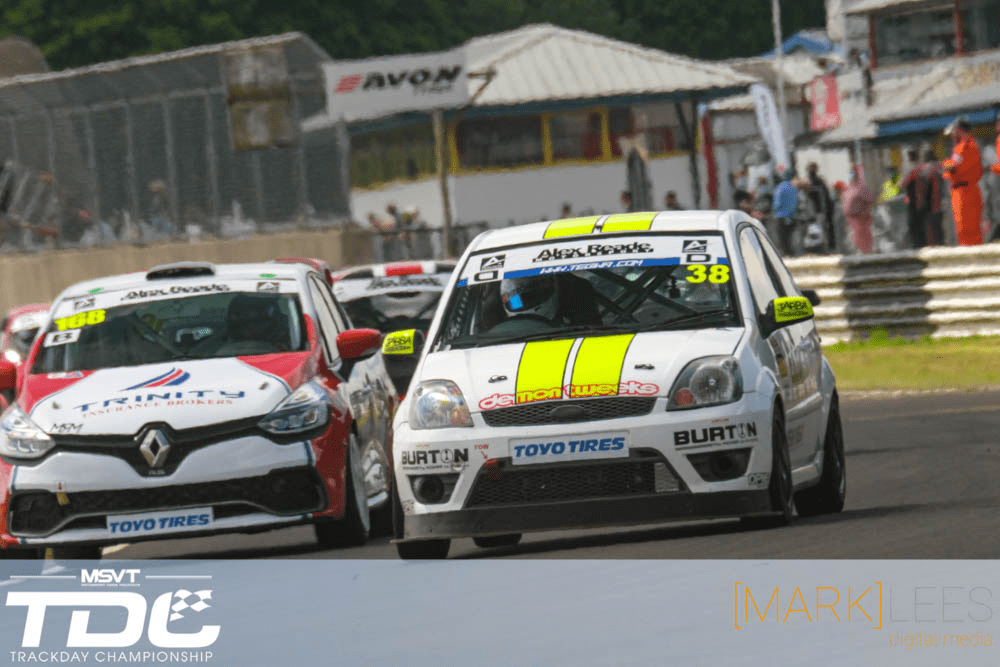 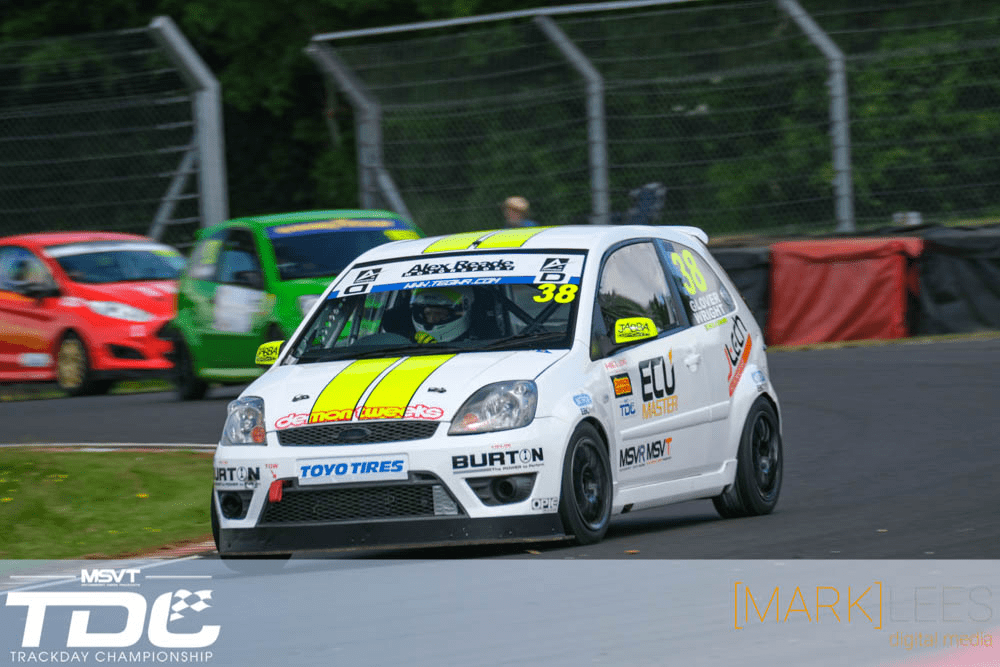 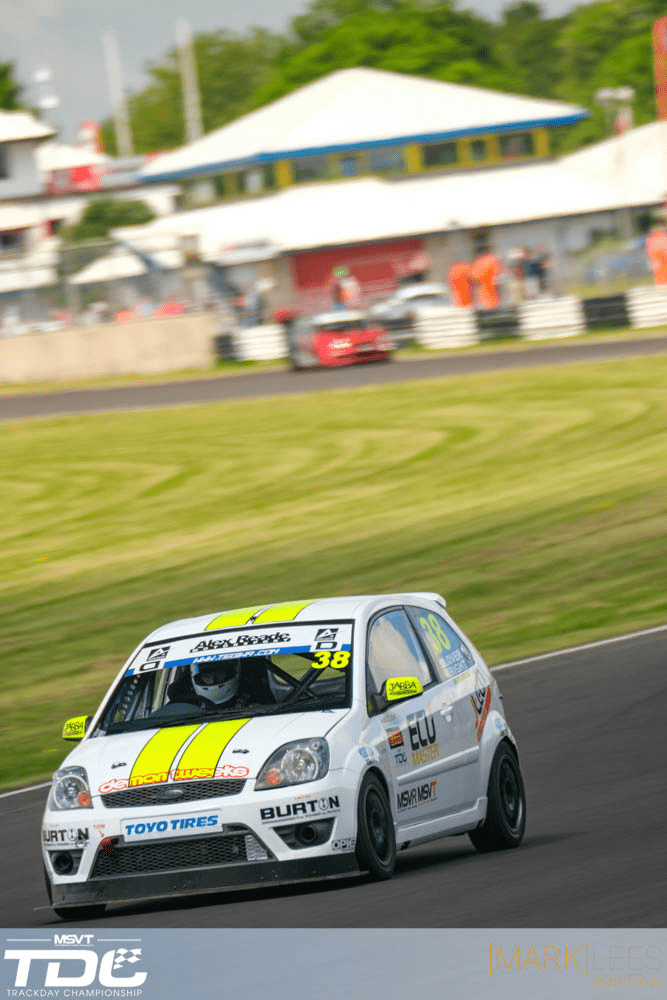 “Confidence on the brakes is such an important factor at circuits with very limited run off and narrow sections. Super consistent feel and massive retardation ability kept us out front again.

“With a few setup changes to soften the car up over the bumps, the race was going to be a test of man and machine with the temperatures now touching 30 degrees. That’s hot in shorts and a t-shirt, let alone three layers of Nomex, a helmet and gloves in a hot race car! Even being held in the holding area for 15 mins before the start of the race was a sweaty affair!

“We got a good start during the race itself, and with some aggressive moves straight off the bat, allowed by the cold brake feel and zero locking up, we managed to maintain a good strong lead. With the same old story of higher-class cars causing traffic, the pack remained fairly compact. Until a big crash involving three cars at Tower corner brought out the red flags. This took a total of nearly half an hour to clear up whilst we were sat on the back straight soaking up the heat once again.

“Once again, we lined up ready to do battle at the re-start. A great start saw an opportunity to dive in between a Class B and Class C Clio which gave us some breathing room from the second-place class D BMW Z3 which had not managed the best re-start. After a few laps there was another crash, this time at Hammerdown which spawned a Safety car period that started a mass dive for the pits at the start of the allowed pit window. A late call from Kev to come in would prove to be a great decision.

“As I got out of the car, and Kev got in, I went around the tyres to adjust pressures and the front discs were glowing grey/red – clearly doing some work! It’s worth pointing out though that I could still always feel through the pedal during my stint.

“With Kev now in the car nursing some broken ribs from a bike incident a few weeks ago, it was a case of getting into a consistent rhythm and utilising our lead to look after the car and maintain pace. Staying out of trouble and not getting into unnecessary battles, we crossed the line P1. Job done! The brakes had probably taken their biggest test here with the ambient temperatures and sustained hard braking zones from high speed, especially for 45 mins at a time. Testament to the tried-and-tested setup that gives us the advantage race meeting after race meeting.” 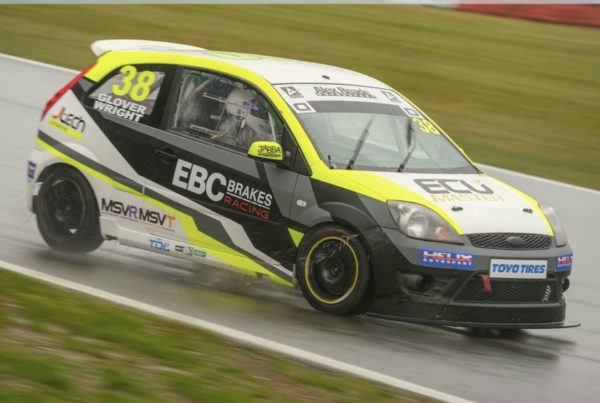 The Fiesta racing outfit came second in class, and sixth overall, in the latest MSVT Trackday Championship race at Snetterton ‘Team Schnell’, made up of drivers Henry Wright and Kevin…