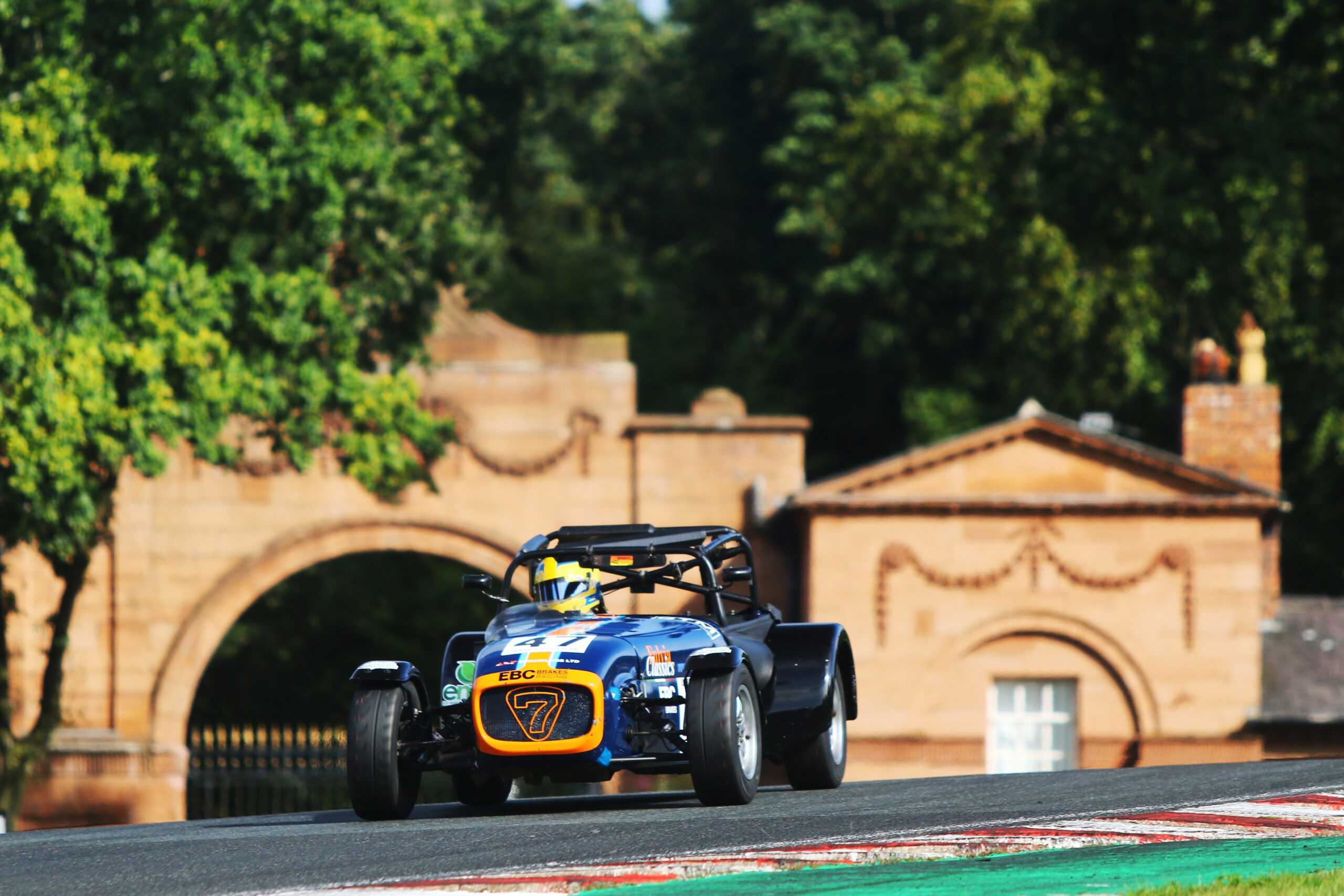 After taking second overall in the 2021 Type R Trophy in his EBC Brakes Racing RP-X™-equipped Honda Civic, Luke Rosewell has had another successful year, this time in the Toyo Tires 7 race series where he has been piloting his 2022 car – a Caterham Supersport.

Using EBC Brakes Racing’s RP-X™ throughout the season, Rosewell was fighting for the overall second-place trophy as he entered the final race of the season recently at Cheshire’s Oulton Park.

Here, he decided to see if the RP-X™’s sister pad, RP-1™, could bring even more braking performance to the table, eventually securing that all-important silver medal as the sun set on the final day of racing.

You can read how the weekend unfolded in Luke’s words below.

“We entered the final round of the championship in third place overall, just one point shy of second.

“For this round, we decided to test EBC’s RP-1™ and Bluestuff NDX pads, and make a decision on the best pad to use for racing.

“During Friday’s practice, the RP-1™ pads were fantastic. The cooler conditions meant we had to work the brakes hard on warm-up, but they still came up to temperature within a lap. We were struggling with car balance throughout the day, changing setup more in one day than we had done all season, so we didn’t have time to try the Bluestuff back-to-back with the RP-1™s.

“We ended the day fastest, and confident going into qualifying. We considered using some old RP-X™s just for the qualifying session, but I was enjoying the RP-1™s so much throughout the day, we left them in!

“The biggest difference between the RP-X™ and RP-1™ that we had to get used to was the pedal pressure needed to generate the same deceleration. The overall stopping power was very similar, but you had to work the RP-1™ pedal harder to get there. This made it easier to modulate the pressure and prevent lock-ups.

“Qualifying started and we dropped right to the back of the pack to do our own laps away from the pack. Again, it was even cooler than Friday, but the brakes were still straight up to temperature before the tyres came in.

“After a couple of laps, we were straight under the pole time and trying to improve our times further. By the end, we had got pole by more than 0.4 seconds.

“We checked the pad life after qualifying (aware that we had done a few hundred kilometres now), but they still looked brand new!” 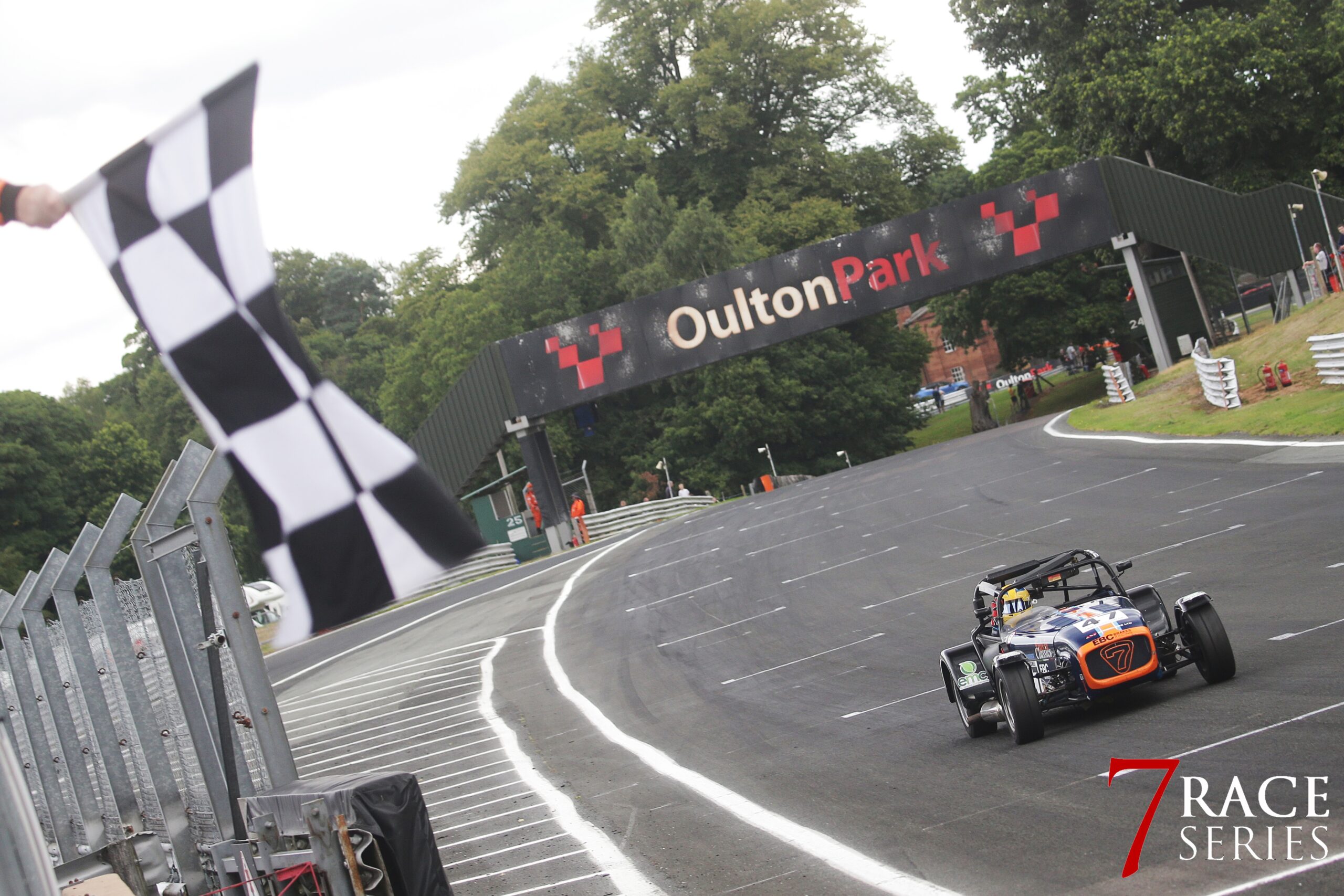 “We started Race 1 from pole, and knowing we only had a relatively short time to warm the brakes and tyres, I was really relying on the RP-1™ pads to give me maximum braking from lights-out.

“From turn 1 on lap 1, we pulled a gap and never looked back. The brakes were spot-on from the start and didn’t hint at going off for half an hour of racing. With a few laps to go, I was shown the current fastest lap of the race, which was well within our capability.

“We pushed for a couple of laps to get the extra fastest lap point, and again, the brakes still felt like they were brand new!

“We won the race with a comfortable 13-second lead, and scored the maximum points available, which secured our second place in the championship!

“With nothing to lose, in the reverse grid Race 2, we wanted to go out on a high! After starting P10, we were P4 at the end of lap 1, again down to how quick we could get the RP-1™ brakes working compared to the others.

“We took P3 at Island Bend on lap 2, but going into the banked Shell Oils Corner, the car just wanted to go straight. It turns out the front right wheel bearing had collapsed and so put the brakes on every time we turned right! On the exit of the corner, it felt like we had the brakes stuck on. The car behind mis-judged how slow we came out the corner and hit the side of our car. This bent the exhaust pipe and cut a huge amount of power.

“At the next right-hander, the car felt like the suspension had collapsed, but felt ok around left-handers. With the bent exhaust, we were like a rolling-road block. Conceding the fact we couldn’t continue for another 25 minutes, and having already wrapped-up second overall, we pulled into the pits at the end of lap 2.

“The overall pace of the second race was a lot slower and we were left thinking, what could have been, considering our pace all weekend.

“Thankfully, we still comfortably held onto 2nd overall in the championship after a great year.

“We have tried various compounds of EBC brake pads, and although they had their differences, they were all fantastic and allowed us to fight for race victories all season.

“Our final race of the 2022 season is a non-championship race at Monza, which is well-known for braking performance, so we look forward to seeing how well the EBC range performs!

“Thanks as always to EBC Brakes and Fulvia Classics for their support all season.”